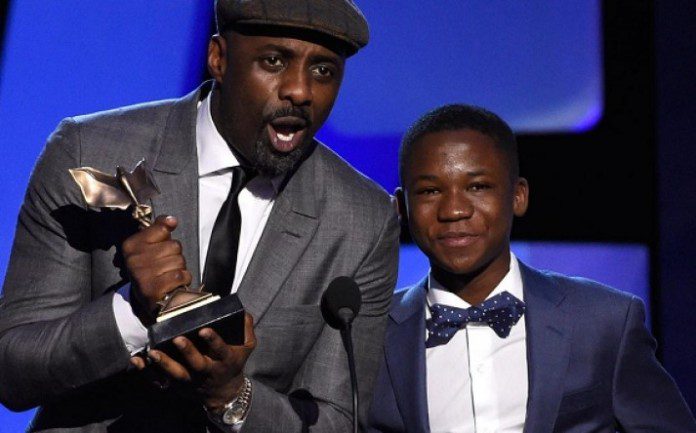 As suggested by many, in the movie and showbiz industry, 15 year old Abraham Attah has relocated to the United States of America to further his education which will be sponsored by Netflix, the company responsible for the release of the movie ‘Beast of No Nation.

After winning the Best Male Lead at the Independent Spirit Award some weeks ago in the United States, industry players suggested ‘Agu’ as known in the ‘Beast of No Nation’ should be relocated to the United States where it is believed he would grow his career.

Leila Djansi an American based Ghanaian in filmmaking tweeted suggesting the young man be relocated because Ghana had nothing good to offer him.

He hosted the young man at the Flag Staff House in Accra after his return from the US.
Young Abraham Attah, after taking the lead actor in ‘Beast of No Nation’ has also won the Marcello Mastroianni Award for Best Young Actor at Venice Film Festival 2015, ‘Rising Star Award’ at the Black Film Critics Circle (BFCC).
Source Graphic Online