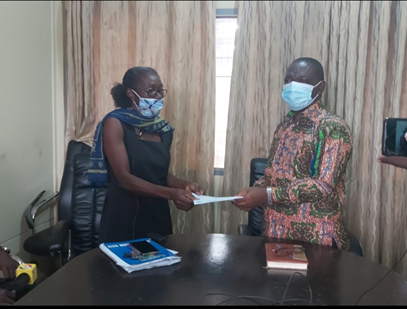 The National Network of Positive Persons have expressed worry over the shortage of Antiretroviral (ARV) drugs, which are meant to suppress Human Immunodeficiency Virus (HIV).

The delays in procurement of ARV medications, according to the group, could lead to stop-out with devastating consequences on all HIV/AIDS positive clients who were in need of such drugs.

Mrs. Elsie Ayeh, Ashanti Regional Coordinator of the Network, explained that “this situation, if it continues, would put the lives of hundreds of thousands of Ghanaians living with HIV at risk should they continue to have no access to ARVs”.

She was speaking to the Ghana News Agency after she led the Ashanti Chapter of the Association to present a petition to the Ashanti Regional Health Directorate in Kumasi on the challenges members have had in accessing the ARV drugs.

Mrs. Ayeh said many health facilities in the last four to five months had run out of ARVs and this situation was worrying to so many members.

She cited for example a situation where members at orphanages in Asante Mampong and Nsuta, had been directed to go to Agona Government Hospital to look for ARVs.

Other members have not been on medication for about a month while some parents of infected children have been moving from facilities in search of pediatric drugs for their wards.

The Coordinator said this posed a great threat to the well-being of such people and it was a matter of concern.

The Association had reached out to members in parts of Accra, Eastern, Bono, Bono-East and Ahafo Regions who have attested to not getting access to drugs.

Mrs. Ayeh mentioned that the situation had the potential to negatively affect the gains that have been made and would not help the country in the final mile towards HIV epidemic control.

She therefore, called for an immediate action to be taken by all stakeholders in health to resolve these anomalies.

Dr. Emmanuel Tenkorang, the Regional Director of Health Services, assured the Association that he will channel the petition to the appropriate quarters for the necessary measures to be taken.

He said despite the challenges in the midst of the current pandemic, the necessary actions would be taken to avert challenges with supply of ARVs in the shortest possible time.