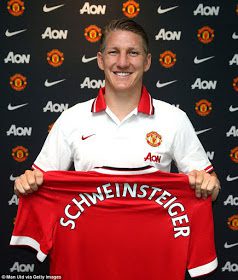 “I hope he is considered. We all know that he is one of the best midfielders in the world,” Neuer told reporters in Munich on Tuesday.

Neuer said it was difficult to assess the situation , for his former Bayern and Germany team-mate but it “is of course difficult when you don’t take part in team training and train alone.”

Schweinsteiger has not played a game in his second season at Old Trafford and is no longer in the first-team squad. In his first season after moving from Bayern, injuries restricted him to just 18 appearances under former United coach Louis Van Gaal.

Bayern take on Augsburg in the second round of the German Cup on Wednesday, and travel to the fellow Bavarians again in the league on Saturday

Leipzig back in its favored underdog role

Who’s next for the chop in the Premiership managers sacking stakes?