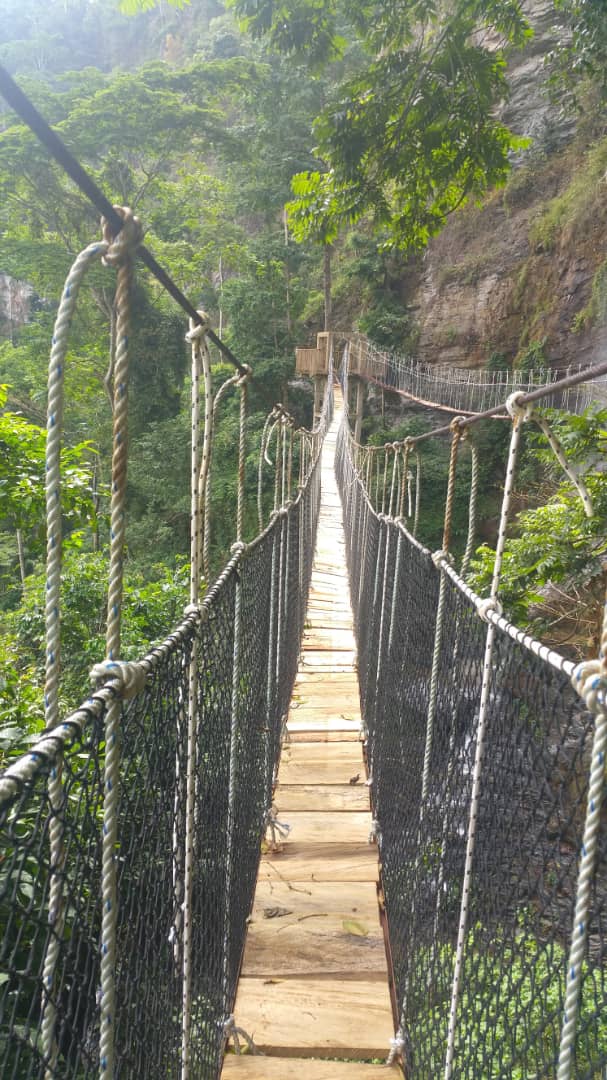 Ghana’s ecotourism revenue is expected to see significant boost in the coming month with the operationalization of a new canopy walkway at Amedzofe in the Volta region.

This canopy walkway, similar to the one at the kakum national park was built by Herp Conservation Ghana (Herp-Ghana); an environmental protection Non-Governmental Organization.

Herp-Ghana expects that the structure, built at the Onepone Endangered Species Refuge, will help protect the environment and help conserve some newly discovered as well as threatened species. They believe it will also help raise enough revenue through ecotourism to provide alternative livelihoods to the residents and land owners who donated land for the creation of a community-based reserve(Onepone Endangered Species Refuge). The residents are mainly farmers and hunters. The reserve was originally intended to save endangered frogs. “Fortunately, the reserve now protects at least 11 other IUCN threatened species including birds and mammals. The reserve is home to both threatened and endemic species, including the Critically Endangered hooded vulture, white-bellied pangolin, Ukami reed frog, Angel’s trumpet believed to be extinct in the wild and several undescribed species of butterflies. The Critically Endangered Togo slippery frog (Conraua derooi) is a prominent feature of this forest. This stream frog was rediscovered after nearly 40-years in which it was assumed extinct” Dr. Caleb Ofori Boateng; founder of Herp-Ghana explained to rawgist.com in an interview.

He explained that the proceeds of the venture which is expected to be opened to the public in May, will be shared by percentages to various stakeholders including the land owners, Local government, traditional authorities and for the development of the community. “A portion of the proceeds will also be used to maintain both the reserve and project”, he explained.

He was highly appreciative of the community and praised their support for the project which they agree will help preserve the environment for future generations.

Meanwhile, Herp-Ghana is undertaking another programme in the community called the Behavior Change Championship Programme which selects and trains local youth within catchment area to spread conservation messages within the various communities.