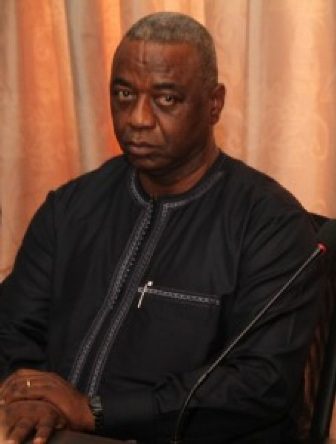 The Bureau of National Investigations (BNI) needs to be commended for not only leading the fight and unparalleled sleuthing into activities and operations of the National Service Secretariat (NSS), but also the retrieval of otherwise, looted monies by officials of NSS involved in the recent scandal. The NSS would wish 2014 never was, because of the unexpected but, nightmarish experiences some officials there put the nation through after it was revealed the BNI had uncovered the siphoning of GH?80.1 million being allowances paid to 30,816 non-existent service personnel in more than 100 districts across the country.
So far, the spy agency I reported to have retrieved over GH?30 million out of the GH?80.1 million with plans underway to recover the remaining sum.
The recovered GH?30 million, media reports indicate, was retrieved from 150 regional and district directors of the NSS since January this year.
Although the country had witnessed many scandals in the past, what is worthy of mention about this rot at NSS is the fact that the Pius Awelinga-led team at BNI, has demonstrated that Ghana can still rely on some of its public servants who can still be referred to as patriotic citizens.
BNI officials investigating the scandal rejected mouth-watering bribes and inducements to conceal the scandal because they held the interest of the nation in high esteem and therefore, deserve to be patted on their shoulders.
It emerged that officials involved in this heartbreaking scandal attempted to induce BNI personnel with over GH?200,000 and other items including smocks, tubers of yam, laptops, and goats among others.
Thanks to the resoluteness of the BNI officials, 171 individuals, including the former Executive Director of the scheme, Alhaji Imoro Alhassan, has been indicted in the GH?80.1 million scandal.
Alhaji Imoro is presently standing trial at the Financial Division of the High Court, where he has pleaded not guilty to the charge of stealing GHC86.9 million.
The other implicated directors and officers of the NSS, the state owned Daily Graphic reported, have entered into an agreement with the BNI to refund the monies, which was part of the amount paid to 30,816 non-existent national service persons from September 2013 to August 2014. It is however not yet clear what would happen to the remaining 170 officials of the NSS implicated in the scandal after the refund.
It would be recall that, early this year, the Sissala District Director of NSS, Lambert Akansar, who was also implicated in the scandal, refunded GHC75, 000 out of his share of the booty before committing suicide.
This singular achievement of BNI does not only bring to light the importance of the agency in fighting crime, it is also a testament and affirmation of its role as a state organ for gathering intelligence to protect the nation from both within and outside.
It is a truism that public perception about operations of the BNI does not support its role as a critical tool in fighting and exposing corruption and high crime. This unfortunate development is as result of how in the past, governments tended to use the agency as a tool to victimize and intimidate political opponents.
In the past, the only time BNI made headlines was when there was a change of government and appointees of the out gone administration are chased to either return public properties in their possession or are detained for one reason or the other.
The BNI in such instances was seen in bad light, and a reckless state agency that does not have respect for human rights and democracy.
Interestingly, those who lead such unwarranted attacks on the BNI might have in the past used it for same or similar operations. This has greatly battered the public image of the agency.
Thankfully, under the Mills/Mahama administrations, the BNI, under its previous head, Yaw Donkor and its present boss, Pius Awelinga, and able staff have lifted the bar so far as intelligence gathering and dissemination is concerned. The agency is now seen by many as an ?arm? of the security service not only dedicated to surveillance and intelligence gathering, but joining the league of state institutions with responsibilities of fighting white colour crimes and others including, technological.
As a human institution, the BNI has its ?dark? sides and may sometimes go overboard; nevertheless, it must be encouraged to do its work without fear or favor to expose such corrupt acts, especially now that corruption is becoming endemic.
While commending BNI for doing a yeoman?s job in bringing the rot at NSS to the fore, The al-hAJJ will also take this opportunity to appeal to government to retool the agency and motivate officials who help expose such corruptible acts.