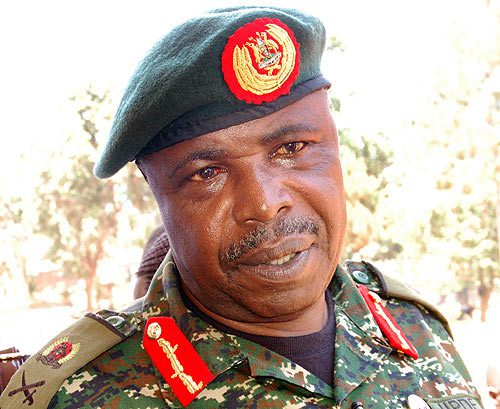 The members were appointed by President Yoweri Kaguta Museveni following the expiration of their one-year tenure last month.

Karuhanga, who was the first Commander of AMISON in Somalia, took over from Brig. Moses Ddiba Ssentongo after his one year tenure expired. He commanded the AMISON from February 14, 2007 when he was appointed to March 3, 2008 when he was recalled and succeeded by Maj. General Francis Okello.

The members promised not to disclose or discover the vote or opinion of the chairman and any other member of the court martial unless required in due course of the law.

The judges? legal advisor, Lt.Col. Gideon Katinda who presided over the swearing before court resumed work.

Over 150 cases are to be rescheduled by the General Court Martial (GCM) at Makindye following the re-appointment of the members.