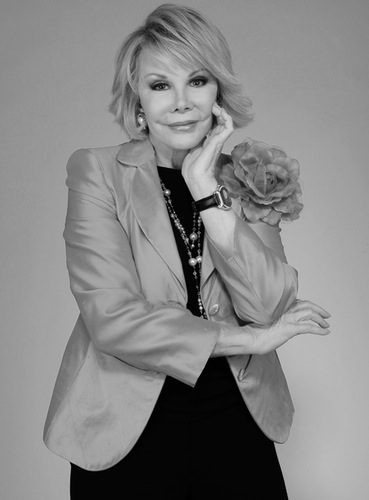 The malpractice lawsuit Melissa Rivers brought against the doctors who treated Joan Rivers during what was supposed to be a routine procedure has brought new evidence to light.
Now, Michael Lamonsoff, a New York?based medical malpractice attorney, who has commented on Joan?s case on television, exclusively tells Closer Weekly why Melissa has such a strong, compelling case for malpractice.
It starts with who was present at Yorkville Endoscopy in New York City, where Joan had gone for an exploratory procedure on Aug. 28. Dr. Gwen Korovin, the so-called throat specialist to the stars arrived with Joan prepared to operate although she was not credentialed to work at the clinic.
?You don?t let someone who?s not credentialed do any type of surgical procedure in your surgery center,? Lamonsoff tells Closer, who explains that every operating room has different equipment and staff that a responsible doctor needs to be familiar with before he or she takes a patient?s life into his or her hands.
Dr. Korovin performed two throat scopes on Joan that morning, while another doctor, Dr. Lawrence Cohen, took his turn and did an exploration of Joan?s digestive tract. This also troubles the legal expert. ?That is a lot of procedures for an 81-year-old woman to have at once,? he tells Closer. ?Why three procedures??
What?s more shocking is while Dr. Korovin, the celebrity ENT doctor, performed her scope, Dr. Cohen is accused of taking pictures of her and Joan with his cellphone ? a clear breach of patient-doctor trust.
?There has to be consent of a patient to photograph them,? explains Dr. Marc Kayem, a Beverly Hills otolaryngologist. ?And selfies for self-gratification would never be considered appropriate.? Lamonsoff suggests that the doctors may have been making a ?spectacle of her and themselves.?
In the next few weeks, these doctors will be obligated to give fuller explanations of what happened. It?s a process that Ben Rubinowitz, one of Melissa?s attorneys, tells Closer they ?are looking forward to.?