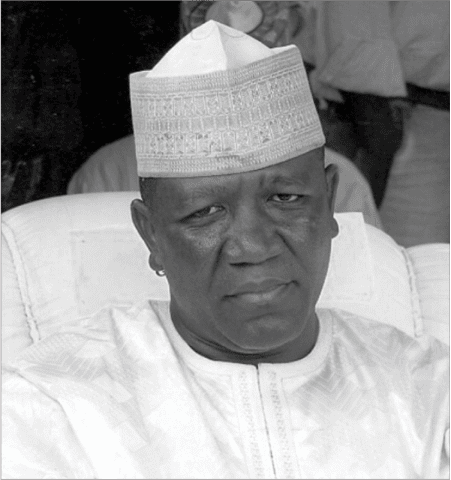 As 2015 general elections draw nearer,? the All progressive Congress APC the ruling party in Zamfara state is heading to a rock following the emergence of a faction within the party under the leadership of Alh.
Samaila Dole who claimed to be as new faction state chairman of the party in the state.

The party which hitherto has only governor Yari as its candidate but additionally? now has another contestant for the same position Alh. Bello Bara?u Gusau who is on the side of the faction members of the party.

Speaking at mammoth crowd at Maryam township hall in Gusau during the formal declaration ceremony of Alh. Bello Bara?u Gusau as APC gubernatorial candidate, Zamfara state faction? APC chairman Alh. Samaila Dole stated that, they were tired of governor Yari?s led administration as has totally failed in its effort to move the state forward.

The faction chairman also condemned in a strong term the look worming attitude of governor Yari to address the insecurity challenges in the state were thousands of lives was lost and properties worth Millions of Naira lost to insurgents since he assumed office in 2011.

He further informed that, governor Yari has sacked over 10,000 workers a situation which led to the rampant increases of crime rates among the youth in the state such as armed robbery, burglary and political thuggery.

The faction chairman further charged the state APC chairman Alh. Lawal Kaura to relinquish his sit as he is not capable to rule the party, stressing that, the constitution of APC stipulated that before any one can become state chairman of the party, he or she must possess secondary school certificate, a development which he accused Alh. Lawal Kaura for not haven even a primary school certificate.

He also said, their faction must remain committed to ensure their candidate Alh. Bello Bara?u become the only APC candidate, stressing? that, they not accept any move by Governor Yari to reconcile? with Alh. Bello Bara?u for the governor to recontest for his second term as speculated? come 2015 general elections.

Alh. Samaila Dole who described the leadership of APC in Zamfara state as nominated not elected body then charges court and national headquarters of APC to dissolved the executives members of the party as quickly as possible under the leadership of Alh. Lawal Kaura and conduct fresh election of competent leaders who will rule the party to greater success as 2015 general elections is about to come.

Meanwhile, in his address during his declaration, the APC gubernatorial contestant in Zamfara state Alh. Bello Bara?u said he will not step down to governor Yari to contest for second term.