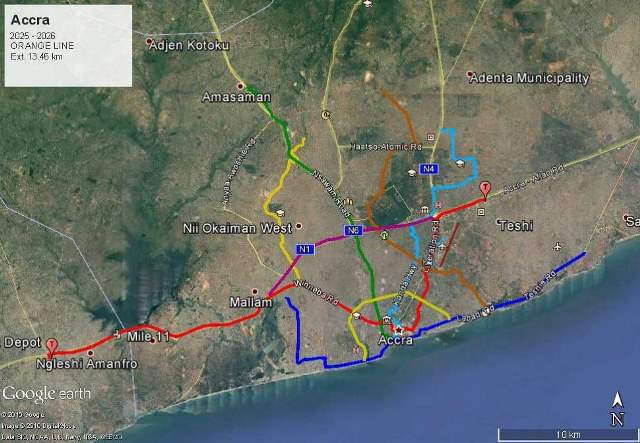 T​​he problem of public transportation’s are varied and mostly observed in the Third World countries such as Ghana which are experiencing rapid demographic and economic growth, since successful growth is linked to improved mobility of people. 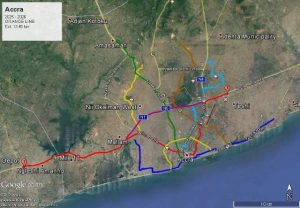 Similarly, operators like STC, CES AND OSA in the formal sector have not fared well either, and this compelled the government to divest STC and CES and to liquidate OSA in the 1990s. Concern raised by the public over the kind of public transport services being provided has become serious over the years.

This follows the decision by a renowned Russian Investor Sir​ ​Aleksandar Dimitrijevic Rott-Meyer, PhD Mechanical Engineering and PhD Economics and the Owner & President of ​”​Universal Exports Holding – Monaco​”​, and also owns a number of companies​ (29 in total)​, to come and revamp the informal transportation business in the country. And to invest in a number of capital intensive projects, as part of Modernization of Public Transportation system in the Capital City of Ghana.

According to him, the elements of the future Mini Metro transport system in our city will be a mass transport system, that will transport passengers above and below ground, with seating capacity of 360 passengers per train, every 90 seconds. Designers of the system have noticed that, the load off the main routes of the city, even in the future could turn into a pedestrian zone, with green areas with no pollutions.

He said, passengers will be at each station to have a local network of Mini Bus lines (21 + 10), which will run at an interval of 3-5 minutes.

And the biggest advantage of the system’s uniformity and organization in several aspects, namely : The unique e-ticket for public transport, in the form of credit cards. In the beginning of the first registration, your trip takes 90 minutes, no matter how many times you change the means of transport of the same company (Mini-Bus – Mini – Metro – Mini-Bus), with a guaranteed low price of GHS 2.00 for one trip, lasting a maximum of 90 minutes.

Saying the System works 24/7/365 non-stop. Mini Metro has its own power generation, and the will surrender surplus to Ghana’s National Grid, without any compensation.

​​LEIHTNER Switzerland, are the producers of the MiniMetro system, which is quiet no pollution, and an automated driver-less trains. ​​Where TESLA Corporation, will provide its Power-wall system, which required electricity produced from solar with large batteries, and if necessary, to surrender Metro system, a surplus handover between stations and as well as surrender surplus to the Ghana National electrification network.
​​
HOBAS – Austria, a renowned manufacturer of systems, will be in charge for digging the horizontal tunnels and injecting tubes of different diameters in the subway station and mini-metro lines.

BRAHUS – Germany, another renowned manufacturer of passenger transport vehicles with high quality according to German standards, would supply Mercedes Benz AG Vans and Mini Buses into the country at no cost.

“We are coming to your country, not to take an undue advantage of you, or abuse you, but rather to offer the hand of friendship, respect, hospitality and joint work, on the basis of equal partnerships on both sides, and to build, together, a heritage of our children which will remain forever and as well as the direction of proper behavior in our business. This is the kind of business policy and activities we sre bringing into the country”, Sir Dimitrijevic disclosed to News Ghana.

As part of its activities, Sir Dimitrijevic Rott-Meyer said, his arrival in Accra, from March 6 this year, and his long stay in our country. In its business activi wants

He also noted that, he would want to open an office of his company, and the incorporation of the Accra Metro-Bus Corporation Ltd, and stay in the country for a longer time, as he inted arriving in Ghana on the 6the, March, 2017.

In addition to the public transport in the capital city, Sir Dimitrijevic Rott-Meyer has set his interest in the investment of the national railway network, and its full modernization of the same principle of equal partners with the country.

For the reason of this modernization is why he is bringing with him representatives of the Institute for the design and development of the railway network of Russia. As well as the Siemens and Alstrom.

He added that, the goals of the new network of railway system in the country, is to provide 1476 mm width with 3 mode High Speed ​​Rail Lines, with speeds up to 250 km / h, to transport passengers and local freight traffic within 160 km / h.

For the Accra Kumasi shift system,
all tracks will be electrification, and the energy will be produced from renewable sources, like wind and solar energy.

​​And the third point he made is investing in the production of vegetables, milk, meat and eggs, through processing and cooling. The basis of this program are mini farms, which are sufficiently strong to produce enough vegetables, meat and eggs to feed 300 people for 1 year.

The company wants to invest in the development of these systems in the Republic of Ghana, in a period of 10 years, where they would be able to supply 100,000 families, ecologically healthy produced without chemicals, from
100,000 mini farms.

​​Each region will have its own center for the processing of food and its storage in cold chambers,
thus, in each city will arise a network of stores that will deliver daily fresh, healthy ecological food for its citizens, at exceptionally favorable prices.

​As part of a socially responsible company, Sir Aleks said, “the gift we want to offer is to cleanup the city of Accra, change its face and make a new Downtown Park and a 3 Hotel levels, at the a city public Beach”.

Acording to him, the said Public Park, would connect two parts of the Mausoleum of father of the Nation (Dr. Kwame Nkrumah) and Liberty Arch, the Park will have 402,463 sq.m. of space on the other side. And they will plant trees at the park lanes, for resting, gathering, and a space for sports, and as well as public presentations.

Saying the light green area is the Beach Area for the development of the 3 class 4 stars hotels and with the look on the Public City Beach, space of 18.6 Acres, 1.9 km long.

Sir Aleks said, All septic or other Grey and Dark water slipping to the Atlantic will be rerouted and sent to the 2 processing facilities on the Depots of the Yellow Line, for Electrification treatment of the Water, for processing it into Potable water.

By this, Accra will have a direct access to the City beach, and clear water, as the no. 1 element of the future City Development.

“The Red Areas are for the City Development, and all the People will be relocated in the area of Osu District, on the Blue Line, Station 16.25 km”, he added.

His Excellency Sir Dimitrijevic Rot-Meyer, was born in 1969 in the city of Bratsk, Central Siberian region, today’s Russian Federation, and is a citizen of Russia, the Republic of Serbia and the Republic of Croatian.

He went to school in Moscow Lomonosov Institute, Economics and the Faculty of Mechanical Science. He perfectly speaks several languages, in addition to Russian, Polish, Czech, Slovak, Serbian, French, Italian, Spanish, Portuguese. He is a ingle parent of 3 sons and 2 daughters in addition to his business life.