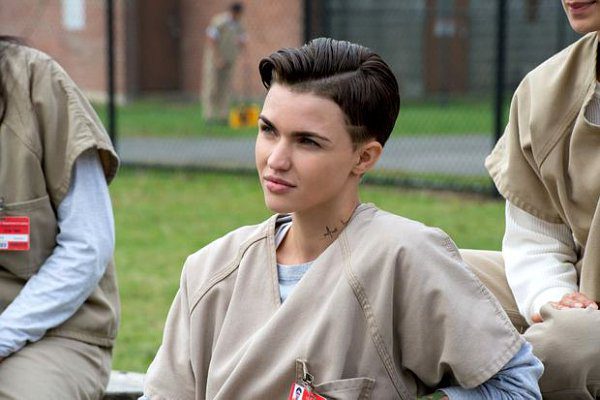 Netflix has debuted the first trailer for ?Orange Is the New Black? season 3 with the tagline #SorryNotSorry. Set to ?I?m So Sorry? by Imagine Dragons, it shows the return of Alex (Laura Prepon), who is soon reconnecting with Piper (Taylor Schilling), and Lolly (Lori Petty), who made a brief appearance in season 2. The two won?t get along well as they are seen getting involved in a physical fight.

Boo (Lea DiLaria) gets a new hairdo, Red (Kate Mulgrew) is back with her bizarre words of wisdom, Gloria (Selena Leyva) and Sophia (Laverne Cox) are feuding, and Crazy Eyes (Uzo Aduba) is writing some erotica which she describes as a story of ?two people connecting? With four other people, and aliens.?

There?s a also a glimpse of new inmate Stella Carlin, played by Ruby Rose, who appears to have a liking for.

The new episodes of ?Orange Is the New Black? will be available June 12 on Netflix. With a crisis of faith and their beliefs and loyalties being tested, each character must decide what and who to believe in.

How Returning to His Roots Helped Dennis Jenkins Thrive amidst Challenges

‘We’re in Exile Due to US:’ Activist Who Fled Taliban Dreams of Returning to Afghanistan