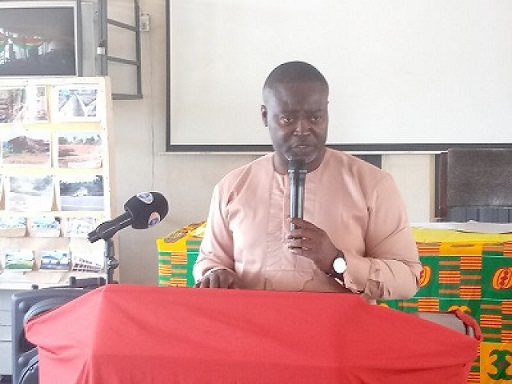 The New Juaben South Municipal Assembly (NJSMA) in the Eastern Region has distributed 180 pieces of dual desk furniture to eight basic schools in the Municipality as part of its agenda to boost teaching and learning.

Mr Isaac Apaw-Gyasi, Municipal Chief Executive (MCE), speaking at the first ordinary meeting of the second session of the second Assembly said the gesture was in response to an appeal for furniture by the education directorate some time ago.

He said the Assembly placed great value on education and was hopeful it would go a long way to tackle some of the educational challenges in the area.

He added that measures were underway to solve similar issues affecting all 34 electoral areas in the Municipality.

To improve community participation in the developmental agenda, the assembly embarked on community engagements under the Municipal Planning Coordinating Unit (MPCU).

The MCE assured the people that plans were advanced to tackle those issues for the benefit of the people.

He mentioned that issues such as poor road network, lack of water, streetlights, increased rate of criminal activities, poor drainage systems resulting in flooding during the rainy seasons and public toilets among others were identified during the community engagements.

He noted that the construction of several developmental projects was progressing steadily and mentioned an office complex for the Assembly, Nsukwao drainage basin project, a new slaughterhouse and the Zongo markets.

On sanitation in the Municipality, he said the Assembly had purchased a number of tricycles to complement the work of Zoomlion and that measures were underway to support households to construct toilet facilities in various homes to improve waste management and sanitation.