The new Legislative Instrument (LI) that seeks to push the realistic enforcement of the National Road Safety Authority (NRSA) Act, would not allow importation of expired second hand tyres and over-aged vehicles into the country.

When passed, the draft bill, to be sent to Parliament by August this year, would also train and certify vulcanizers to ensure they operate at certain required standards.

Mr. Kwame Koduah Atuahene, the Head of Regulations, Inspections and Complaints Department of the NRSA, said when he gave highlights of the draft bill during the Bono Regional Stakeholders consultative meeting, held on Wednesday in Sunyani.

The NRSA has started a nationwide consultative meeting on the drafting of the LI that would regulate road transport operations in the country.

The passage of that LI would enable the NRSA to enforce standards to promote sanity and reduce crashes on the road.

It would further advance realistic enforcement of provisions in the National Road Safety Act, 2019 (Act 993) which established the Authority.

Mr. Atuahene noted that the then National Road Safety Commission (NRSC) had since time immemorial scaled up road safety education to control accidents on the highways, but efforts seemed unsurmountable, as fatalities on the road kept increasing.

He observed the NRSA’s continuous education on safety had impacted positively on especially many commercial drivers in the country, saying there was therefore the need to regulate transport operations and promote standards to control road crashes.

In a speech read on her behalf, Mrs. Evelyn Ama Kumi-Richardson, the Bono Regional Minister, indicated that road safety was a key factor for preservation of human lives and material resources required for national development.

Mrs. Kumi-Richardson noted that over the years, there had been several interventions to help curb road accidents by ensuring roads were safe for travelling, but expressed worry that accidents on the road were still alarming.

“Under the ambit of the then NRSC, significant progress was made, although their mandate provided limited controls for the Commission to ensure compliance with certain aspects of the road transport sector,” she indicated.

Engineer May Obiri-Yeboah, the Director General of the NRSA, expressed the hope that the participants would contribute and make good suggestions and inputs into the Bill to fine-tune it to facilitate its passage by Parliament.

Earlier in a welcoming address, Mr. Kwasi Agyenim Boateng, the Bono, Bono East and Ahafo Regional Manager of the NRSA, said the Authority had intensified education on lorry stations and bus terminals amidst COVID-19, and hoped there would be significant reduction of road accidents as the country prepares for Election 2020. 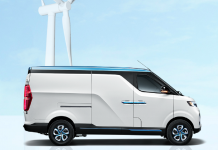