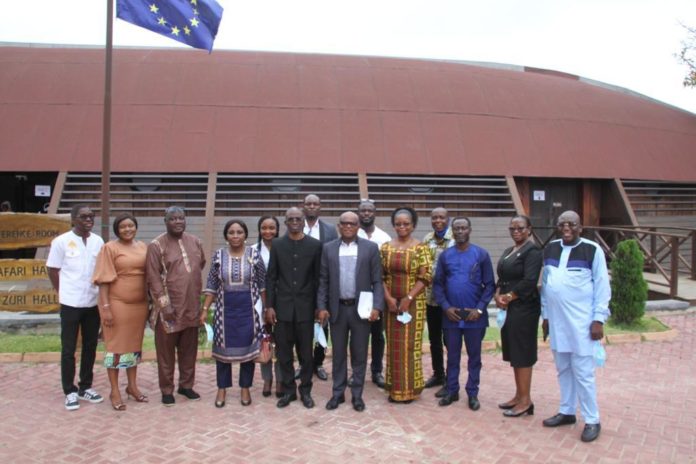 The commitment, he said was shown in the new National Decentralisation Policy and Strategy (NDPS 2020-2024) formulated by government to address systemic challenges of local democracy and local economic transformation in Ghana.

Speaking at the nationwide series of Sensitisation Workshop on the NDPS (2020-2024), he noted that the recent attempt by the President, Nana Addo Dankwa Akufo-Addo to cede some of his Constitutional powers to the citizens to elect their own Metropolitan, Municipal and District Chief Executives (MMDCEs) demonstrated the commitment of government to realise democracy.

He said to ensure that, the President through the new decentralisation policy aims to bring not only government and services closer to the people but also accountability.

Mr Salifu said without downward accountability, local democracy was not complete and that the new policy among its objectives was to fulfil the requirements under Article 240(2) (e) of the 1992 Constitution, which provides for accountability of Local Government authorities to the people in local government areas.

The policy, which was approved by Cabinet in December 2019, was funded by the European Union Delegation to Ghana and the sensitisation workshop brought together Regional Coordinating Directors and Economic Planning Officers, District Coordinating Directors, Budget Analysts, Planning Officers, Traditional Authorities, Civil Society Organisations, private enterprises and other key stakeholders across the country.

The participants were carefully selected to discuss all the 22 policy measures envisaged with related activities, outputs and timelines for implementation over the next five years.

The roles and responsibilities of the stakeholders were discussed to ensure that there was effective and efficient implementation and monitoring of achievements and shortfalls for immediate remedies.

He said with its overarching objective to achieve quality service delivery through a democratically decentralised local governance system and active citizens’ participation, the new decentralization policy puts local residents at the centre of local governments’ services provision and accountability.

“The policy will also take local economic development one-step further by encouraging Metropolitan, Municipal and District Assemblies (MMDAs) to enter into public-private partnerships with entrepreneurs and enterprises to promote local industrialisation, agriculture production, tourism and any economic activities in which they have local endowments”.

It emphasises that the responsibility of MMDAs to do business with enterprises to make products that can be associated with local government areas and further promote local exports.

The IMCC Executive Director explained that Ghana, over the past three decades had embarked on major reforms to decentralise some administrative functions and decision-making powers of the central government to sub-national governments generally referred to as the MMDAs.

“Under the Directive Principles of State Policy, Article 35 Clause 6(d) of the 1992 Constitution enjoins the state to “make democracy a reality by decentralising the administrative and financial machinery of government to the regions and districts and by affording all possible opportunities to the people to participate in decision-making at every level in national life and government.

“Chapter 20 of the 1992 Constitution was also devoted to decentralisation and local government which provided broad guidelines on institutional arrangements and functions of entities in a decentralised administration”.

He identified some imperatives for achieving the envisaged decentralisation system which is basically to ensure the transfer of functions, powers, responsibilities and resources from the central to local government and measures to build the capacity of local authorities to plan, initiate, coordinate, manage and execute policies.

“Also to establish a sound financial base with adequate and reliable sources of revenue; vest control of persons in the service of local governments in local authorities, as far as possible; and to also create opportunities for people to participate effectively in governance for the accountability of local authorities”.

Mr Salifu indicated that the promulgation of the decentralisation policies by government was part of the vigorous initiatives to support processes for local governance and development.

He said the new NDPS (2020-2024) had six policy thrusts that were anchored on key government policy documents, namely; the Coordinated Programme of Economic and Social Development Policies on the theme: “An Agenda for Jobs: Creating Prosperity and Equal Opportunities for All,” the Public Sector Reform Strategy and the Medium-Term National Development Policy Framework.

It further localises the global development agenda of the Sustainable Development Goals and Climate Change.