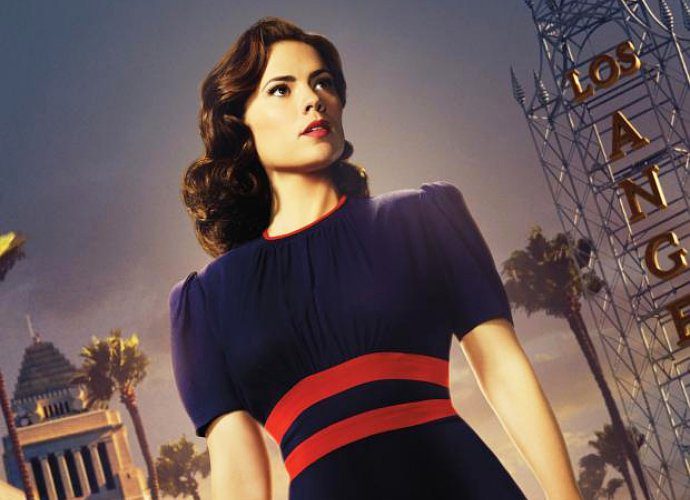 The “original Marvel team” is back in a new promo for season 2 of “Marvel’s Agent Carter”. The latest sneak peek sees Peggy Carter (Hayley Atwell) in a lot of action scenes after she lands in L.A. and is greeted by her loyal companion Edwin Jarvis (James D’Arcy).

Noting how serious their latest mission is, she tells the chief of SSR in Los Angeles, Daniel Sousa (Enver Gjokaj), “This case is much larger than the ministry thought.” She adds later that “California is gonna go to hell in a hand basket.”

In the new season, “dedicated to the fight against new Atomic Age threats in the wake of World War II, Peggy must now journey from New York City to Los Angeles for her most dangerous assignment yet. But even as she discovers new friends, a new home – and perhaps even a new love – she’s about to find out that the bright lights of the post-war Hollywood mask a more sinister threat to everyone she is sworn to protect.”

The second season will open with a two-hour premiere on January 5, 2016 at 9-11 P.M. on ABC. It will introduce new faces including Lotte Verbeek as Edwin Jarvis’ free-spirited wife Anna, Wynn Everett as Whitney Frost, Currie Graham as Whitney Frost’s husband Calvin Chadwick, and Reggie Austin as Jason Wilkes, a quirky, yet charismatic scientist who instantlycharms Peggy.