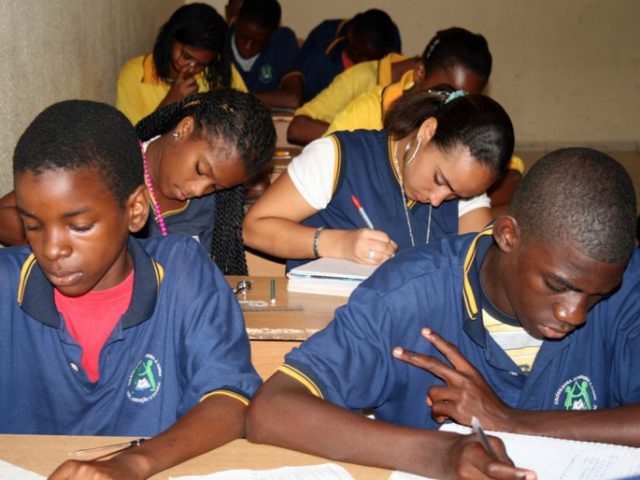 A report on the role of the private sector in higher education and research has called attention to the need to prioritize the teaching and learning of science, technology, engineering, and mathematics at the secondary school level in Angola.

Officials of the  government of Angola, and the African Development Bank (AfDB) presented the results  late June at a national workshop attended by government officials, development partners, the  academia and  the media.

The study revealed that Angola faces many challenges in its education sector as a whole. Exponential demand has resulted in the growth of private higher education institutions that are often unregulated and having a negative impact on quality. The number of higher education students entering the system has increased 28 times in the last 15 years.

This project was part of a broader effort of the AfDB’s support to education, science, technology and innovation in Angola. In 2015, the Bank provided a loan of US $90 million to build a Technological Park and train researchers in the country. The Bank is also supporting private sector, entrepreneurship development and cooperatives in Angola through a US $24.85 million loan.

This study sheds light on the need for a more comprehensive and coordinated action in Angola to reform the education system to respond to national development challenges, and in particular, the country’s economic diversification agenda.

It also stresses the importance of prioritising the teaching and learning of science, technology, engineering and mathematics at the  secondary school level.

The study also found that universities focus more on teaching and very little on research. Universities still use outdated pedagogical models such as delivering lectures to large amphitheaters of students. Group work that stimulates creativity, critical thinking, and teaches team building skills are rare − if not non-existent.

The supply of training courses was found to  be limited and often disconnected from labor market needs. Students in higher education do not have the necessary skills and aptitudes in mathematics and  are therefore not able to enter scientific fields of higher education. Students tend to opt for human and social sciences, law or business management which is less expensive and easier to set up by private institutions compared to scientific institutions. This has created a gap between the demand and supply of skills.

The fact there are no exit exam at the secondary education level also makes it complicated for universities to assess the entry level of students.

Another critical element found was  the level of qualification of  lecturers . Teachers do not have the required qualifications and are insufficiently trained in modern pedagogical techniques and scientific research.  Lecturers  who teach bachelor degree to students often hold bachelors’ degree themselves.

Lastly, the cost of higher education is exorbitantly high and a burden on students who are not receiving the services that they pay for.

The report observed that private universities have very poor infrastructure and equipment necessary for learning according to international standards. Students do not have a cafeteria, health center, gym, nor access to primordial facilities such as access to the internet and safety is also of major concern.

Moreover, teachers often work at 2-3 universities and are not available to students to provide guidance and feedback. Also, universities do not offer internship opportunities. Once students graduate it takes on average 6 months to obtain their degree due to heavy administrative procedures.

The study recommend that the relevant authoritises should professionalize the status of higher education professors and researchers and upgrade the skills of  lecturers; create a status for professors and professors-researchers to ensure that they are on a career track and develop an emergency action plan for a skills upgrade of all lecturers  in higher education;set up a comprehensive quality assurance system; restructure the supply of training programs offered in order to better match the needs of the labor market; develop a national qualifications framework; and crreate a network of public private partnerships in higher education in order to better; regulate the quality of services by the private higher education institutions.