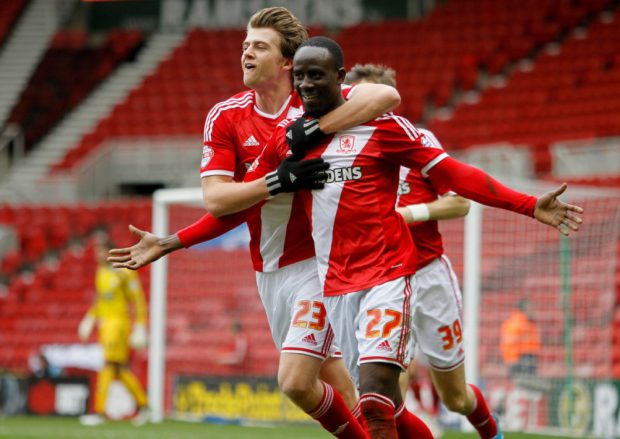 English Premier League outfits Newcastle United and Tottenham Hotspur are both interested in signing Ghana international winger Albert Adomah who is worth ?4 million.

The 27-year-old Middlesbrough star feels ripe for Premier League action after scoring 6 times in 46 Championship games for Boro, who just missed out of promotion to the Premier League.

Newcastle scouts watched the London-born score a brilliant goal for Boro against Brentford in the Promotion Play-offs and orchestrate another goal as Boro claimed a 3-0 win.

Tottenham have also assessed the quality of Adomah and are convinced about his qualities on the flanks.

Middlesbrough are ready to sell Adomah to a Premier League club to generate cash for their promotion campaign next season.

New-comers Watford are also reportedly interested in signing the winger as they look to augment their squad to meet the Premier League standards.

William Amponsah to compete at Great North Run in Newcastle