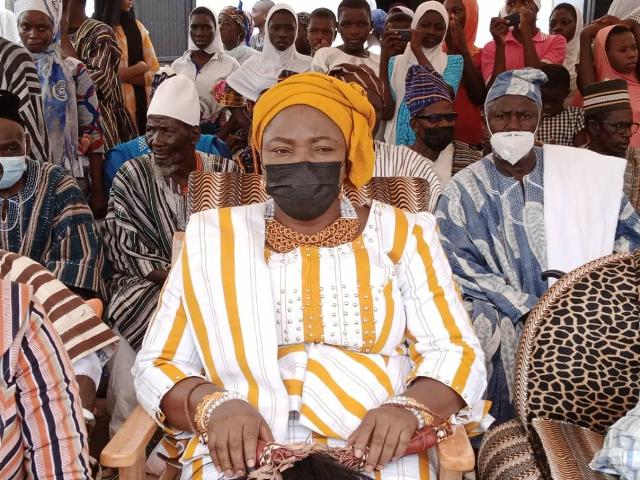 Pognaa Fati Issaka Koray I, the newly installed Queen mother of Chansah community in the Sing Traditional Area of the Upper West Region has launched a campaign against child marriage describing the practice as illegality.

“I want to use this opportunity to remind our male partners that marrying under 18-year-old girl referred to as child or force marriage is an offence under sections 14 and 15 of the Children’s Act, 1998 (Act 560)”, she said.

Pognaa Fati Issaka Koray I, who said this during her installation ceremony at Chansah, indicated that the bodies of these under aged girls whether they appeared like adults or not were protected by the state and should be allowed to mature, pursue their dream careers and help raise quality homes.

“We should never lose sight of the fact that the pace of development of a nation depends on the quality of human resources, particularly the women, who nurture babies into leaders and nation builders”, she said.

Pognaa Fati Issaka Koray I who is also the Wa Municipal Coordinating Director reminded the people that they could only be part of the fast moving world if they took some bold steps to achieve their development goals, adding that women certainly had a critical role to play.

The Queen mother said her attention would equally be centered on facilitating sensitization programmes for the youth on reproductive health choices of which abstinence from pre-marital sex would still be the preferred option.

“The overall goal of my intended maiden line of activities is to help keep our girls enrolled in school or in their chosen vocations of training”, she said.

The Queen mother also planted a tree to demonstrate her commitment to the Green Ghana agenda and the need for her people to join the campaign against climate change.