The Editors were offered practical experience of the composition of a Fire Tender tagged as traditional workhorse of the fire service. 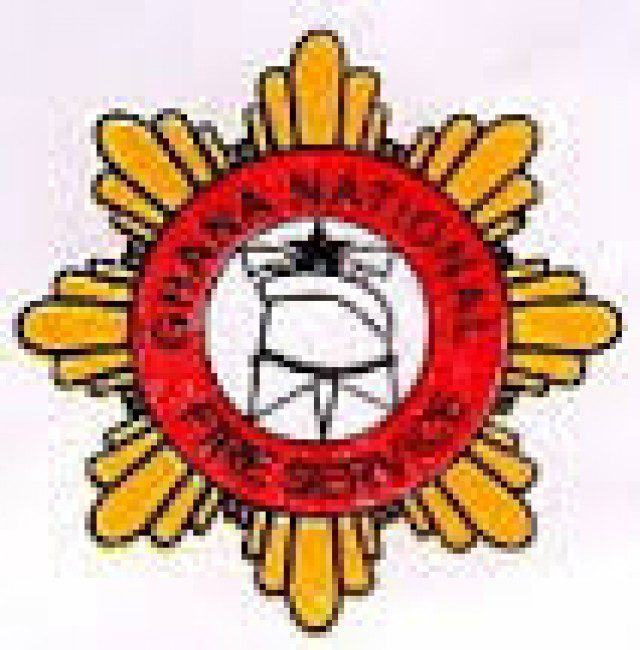 The tender vehicle carries water, and is fitted with LPM multi-pressure pump and high pressure hose reel system as well as equipment used for breaking into buildings, tearing down buildings and obstructions, making holes in walls and roofs, and removing the injured.

A crew of fire fighters including a driver may be carried.

He said the major function of the fire tender is to deliver fire-extinguishing agents to the scene of a fire.

Dr Brown Gaisie appealed to the media to assist the GNFS with public education whilst expressing concern about the increasing rate of false alarms; “these false alarms comes with operational cost”.

He observed that carelessness, ignorance and complacency were negative attitudes which caused fires in the homes, market places, organisational setups among other areas.

Traditionally in the pre-colonial era, before the existence of Fire Service, fires were controlled by Traditional rulers, using the Asafo Companies (Traditional Soldiers) to fight all kinds of fires in their communities and localities.

It was not until 1955 before the colonial government found the need to reorganize the various Asafo Companies into vibrant groups to tackle both domestic and bushfires as there were only a few industries.

With the restructuring of the political administration of the Gold Coast into Local Government concept, a lot of the members of the Asafo Companies opted to become employees of the Local Government Institutions in the Country.

In time the responsibility of fire fighting became a duty of the Police Force.

As towns developed into municipalities, municipal councils, as well as some Government agencies, fire brigades were formed.

The idea of a National Fire Service was conceived in 1955 when the colonial Government invited Mr. S. M. Charters (ORE) of her Majesty’s Inspectorate of Fire Service into the country and to among other things, advise on the organization and establishment of Fire Service in Municipalities and in certain urban towns.

In 1962, the Government of Ghana employed the services of a Fire Advisory Expert, Mr. G. S. Leader, under the United Kingdom-Ghana Technical Assistance Programme to help formulate a policy on the formation of a National Fire Service which had long been contemplated.

In 1963 by an Act of Parliament (Fire Service Act 1963; Act 219) the Ghana National Fire Service was born from the then fragmented Railways, Ports and Harbours, Accra City, Kumasi City, and the Sekondi/Takoradi Municipal Fire Brigades.

These brigades had hitherto existed as separate entities under government departments or municipal councils.

The primary aim of GNFS at its established in 1963 by Act 219 was fire fighting and extinguishment, and to render humanitarian services.

Subsequently, in 1997 GNFS Act (Act 537) was enacted to re-establish the Service with the objective of prevention and management of undesired fires and other related matters with an expanded mandate.

The purpose of Act 537 was to expand the functions of the GNFS taking into cognisance modern trends in the Fire Services all over the world; from fire intervention to fire prevention and safety.