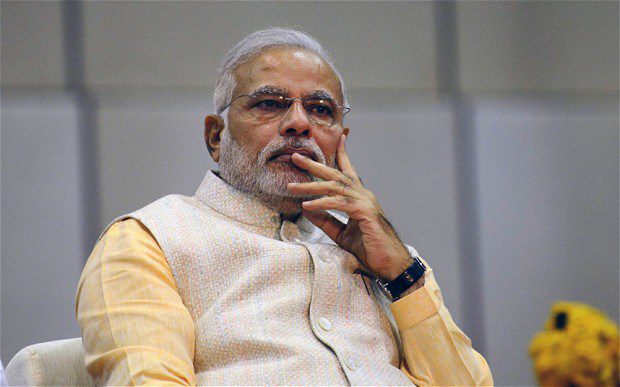 Indian Prime Minister Narendra Modi on Monday congratulated the nation on the 75th anniversary of independence, saying that the next 25 years will be crucial for India and the country needs to focus on innovation.

“Over the next 25 years, we need to focus on five issues – the development of India, removal of all traces of slavery from our minds, pride in our glorious heritage, unity, and fulfillment of our responsibilities,” Modi said in his address to the nation in New Delhi.

The prime minister added that India will have to move forward with big goals to become a developed nation by the centenary of its independence.

“Some 40% of the world’s digital transactions are being made in India. India has achieved that. Very soon, we will move to 5G. We are making glass optical fiber available in every village in the country. I am happy that 400,000 shared service centers are being established in India’s villages,” Modi said, adding that “the semiconductor manufacturing, the introduction of 5G, the spread of fiber-optic networks are not only the path to self-sufficiency, but also the next revolution in education, health care, and all other aspects of life.”

The prime minister declared the next ten years a decade of technologies.

“The next decade is the decade of technologies. India has built its brand in the world of information technologies. Therefore, India has the foundation to make the most of this decade. Atal Innovation Mission, our start-ups, our incubation centers – all of these together create a new sector that opens up new opportunities for the youth of India,” Modi said.

Atal Innovation Mission (AIM) is the Indian government’s flagship initiative to create and promote a culture of innovation and entrepreneurship across the country. The AIM’s objective is to develop new programs and policies for fostering innovations across various sectors of the Indian economy.

August 15 marks the 75th anniversary of India’s independence from the United Kingdom, which it gained in 1947. This year’s festivities are being accompanied by heightened security measures.

Les Brown has got the world rolling into a shining future