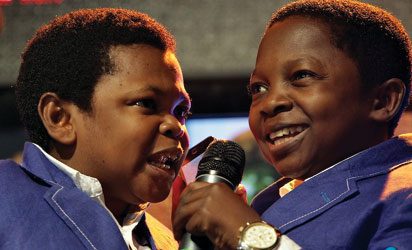 The?Nigeria?Football Federation?(NFF) has allegedly set aside $800,000 (about N138.4 million) to sponsor 10 Nollywood stars to cheer the Super Eagles during the 2014 FIFA

In the?financial plan?presented to the National Assembly, the NFF had revealed its decision to invite the duo of Chinedu Ikedieze and Osita Iheme, popularly called Aki and Pawpaw and eight other Nigerians in the entertainment industry for the world football fiesta in June.

But?the General?Secretary, Musa Amadu debunked it all yesterday saying, ?we are not taking any Nollywood star to Brazil. There?s no truth in the agency report that you are telling me about. A Nollywood star visited me but he is my friend and it had nothing to do with the World Cup in Brazil.?

Black Stars Leave For Abuja For Crucial Encounter Against Nigeria