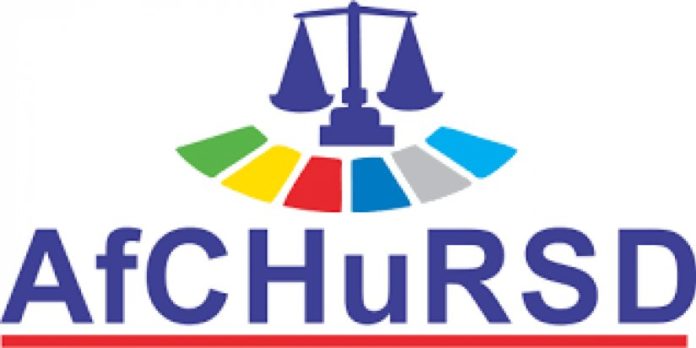 The Africa Centre for Human Rights and Sustainable Development (AfCHuRSD), a Non-Governmental Organization (NGO), has built the capacities of personnel of the Ghana Police and Prisons Services to improve on their abilities to enforce human rights laws in the country.

The workshop was to increase awareness, knowledge and understanding of women’s rights among law enforcers and other institutions such as the Commission on Human Rights and Administrative Justice (CHRAJ), Civil Society Organizations (CSOs) and gender activists.

The event, held in Tamale, in collaboration with the Commonwealth Human Rights Initiative (CHRI), with funding support from the Netherlands Embassy, further sought to sensitise participants on mechanisms to help strengthen the campaign to end violence against women and children in the country.

Ms Bernice Naah, Chief Executive Officer (CEO) of the AfCHuRSD, said it was important for members of the public to respect laws and policies that protected women and children from domestic violence, and urged security agencies to strictly enforce such laws.

She noted that it was the duties of the security service personnel to also uphold the rights of women and children by respecting their dignity even when handling them as people who had committed offences.

Mr Nantomah Adam Baani, the Northern Regional Director of CHRAJ, advised police and prison officers to ensure that rights of women and children were protected in the country.

He noted that women and children were entitled to equal protection of all human rights in political, economic, cultural, civil and all other fields.

He called on government to devise strategies to ensure that women were empowered in their communities so that they could contribute effectively to the development of the nation.

“We expect the Police and Prison Officers to also engage in sensitization programmes among opinion leaders, chiefs, community members, assembly members and other interest groups on the role each stakeholder needs to play in ensuring the rights of women and children are upheld,” Mr Baani added.

Deputy Superintendent of Police (DSP) Holortu Emmanuel, the Northern Regional Coordinator of the Domestic Violence and Victims Support Unit (DOVVSU) Division of the Ghana Police Service, expressed gratitude to the NGO for the workshop, and said it had enhanced their capacities to deal with issues of human rights and violence against women and children.