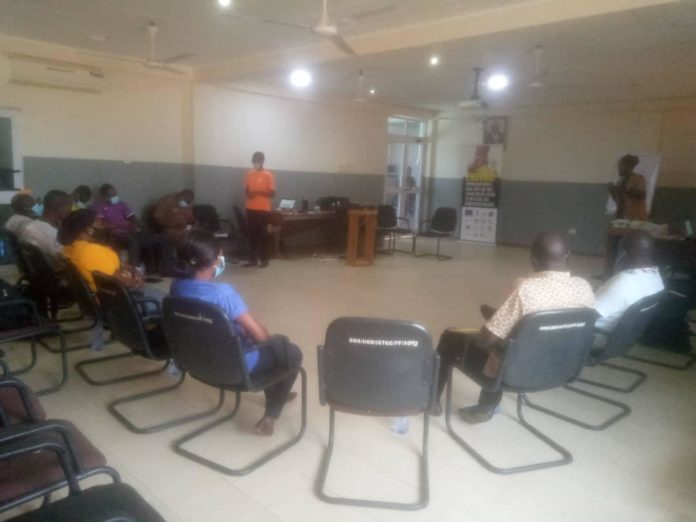 The Widows and Orphans Movement (WOM), a gender focused Non-Governmental Organization has supported the Nabdam District Assembly in the Upper East Region to develop a comprehensive epidemic preparedness to adequately respond to emergencies.

The plan, when implemented would ensure that all stakeholders within the district worked together through a well-crafted and responsive system that would coordinate all efforts to prevent and respond to emergencies to minimize negative impacts.

This came to light in Bolgatanga when the NGO took key stakeholders in the district through a three-day intensive training on Epidemic Preparedness Plan and its implementation.

Ms Fati Abigail Abdulai, the Executive Director, WOM, noted that the support was part of a four-year project on the theme, “ENOUGH!” being implemented in partnership with Oxfam Ghana and Women in Law and Development (WiLDAF) with funding support from the European Union (EU).

According to the Executive Director, emergencies and epidemics were bound to occur however, the country and the local authorities needed to develop a system to be able to minimize the impact of any epidemic should it occur.

Ms Abdulai noted that the Nabdam District just like any other district in the country had experienced various emergencies over the years including; floods leading to loss of lives and collapse of houses, fire outbreaks, elephants’ invasions and diseases such as malaria and coronavirus disease pandemic, even though the district had not recorded a case among others.

“Most Assemblies in times of emergencies will rely on NADMO to act but as part of this exercise one of the key things we have found out is that the NADMO plans are not as comprehensive as they ought to be and other departments do not really know about the existence of these plans and the roles they are mandated to play,” she added.

The Executive Director noted that the training was not only meant to bring the stakeholders together to learn their expertise to the plan but that a comprehensive and responsive plan would be developed to coordinate all the efforts of the stakeholders to deal with disasters.

Ms Abdulai stressed that as an organization focused on promoting the rights and welfare of women and children, it was imperative to support Assemblies to develop such epidemic plans to safeguard the occurrence of such emergencies as women and children were the most affected during emergencies.

Mr Michael Acheampong, Surveillance Officer at the Nabdam District Health Directorate applauded WOM and its funding agencies for the training and indicated that most of the diseases such as cholera, malaria, maternal deaths, HIV among others, the Ghana Health Services had recorded over the years were largely due to lack of comprehensive plans against emergencies.

He said the training would boost efforts of the Ghana Health Service to develop a work plan with other stakeholders to either prevent or have the logistics to handle emergency cases.

Mr Abass Zure Sampana, the Presiding Member of the Nabdam Assembly stated the training would reinforce the already plans and strategies being implemented by the various stakeholders within the Assembly.

The aim of the “ENOUGH!” project is to empower women, girls, boys and men to take positive action in ending sexual and gender-based violence in Ghana, Liberia and Mali.”