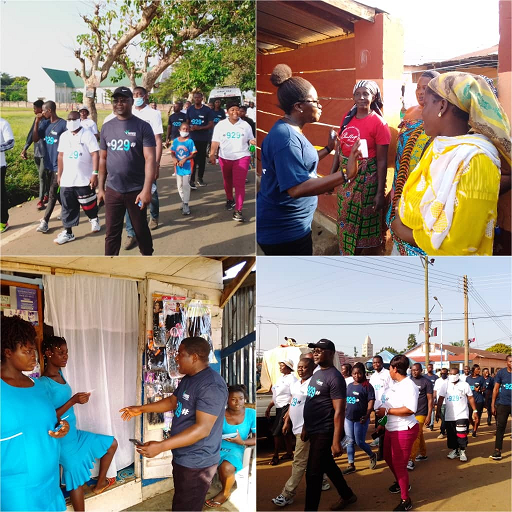 Mr Douglas Francis Sogblame, Hohoe Municipal Manager, National Health Insurance Scheme (NHIS), has said the Scheme was instituting measures and plans to increase the number of subscribers in the Hohoe and Kpando Municipalities.

He said the Scheme aimed at creating awareness on importance and need for citizens to become members and access health care without constraints.

Mr Sogblame who disclosed this to the Ghana News Agency (GNA) in Hohoe after a float by workers of the Scheme from Kpando and Hohoe to mark its 16th anniversary, said the Scheme was growing and as part of this year’s celebration, “we are taking everybody along and leaving no one behind.

“We want everyone to benefit from renewal and registration of new membership cards. We will take a waiver off for defaulters and would also allow new members to start using their new cards once they register without waiting for a month.”

He said the Scheme would educate the public on the merging of the ECOWAS identity card (Ghana card) with the NHIS card, which was launched.

The Manager said more than 260,000 people in the Hohoe Municipality had registered for membership cards, which was a big success and added that they had outlined programmes to register more members during the week-long celebration.

He noted that people not seeing the essence of acquiring an NHIS card and some providers charging fees from card bearing members were challenges facing the Scheme.

Mr Sogblame noted that the government was fulfilling its part by paying claims to providers and in a better way than previous years and could not understand why subscribers could still pay at some health facilities.

Mr Geoffrey Kodzo Badasu, NHIS Acting Manager, Kpando told GNA that the Scheme in Kpando Municipality had projected to register 65,000 members but captured only 35,000 due to the coronavirus pandemic but hopeful to add more members before the end of year.

He said the Scheme had instituted measures such as community sensitization, durbars and community information centres to educate the public on renewing their membership cards in their homes and not necessarily visiting the offices to reduce and curb spread of the disease.

Mr Badasu noted that public perception on acquiring an NHIS card had reduced due to constant education, while urging the public to spread the importance of the Scheme to other people not registered.

He said the unavailability of vehicles, unauthorised charges from providers, inadequate logistics and intermittent network problems were challenges facing the Scheme in Kpando.

The Scheme in Hohoe and Kpando would as part of the celebration visit communities to register new members and help people to renew their expired cards.