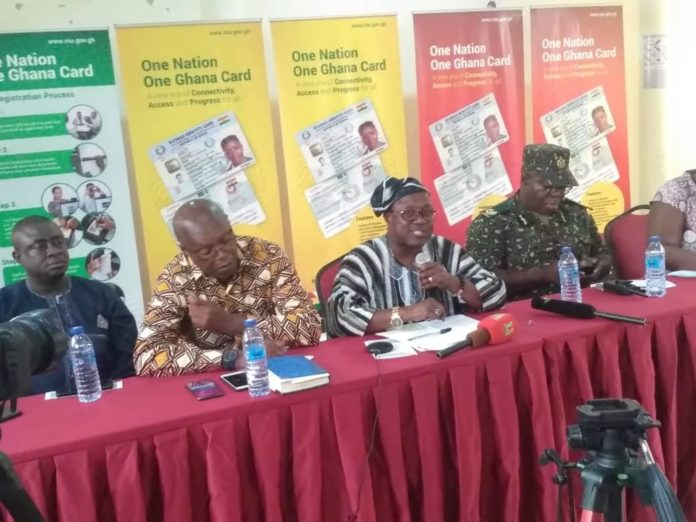 The National Identification Authority (NIA) is set to begin the mass registration of qualified citizens residing in the Northern, North East and Savannah Regions onto the National Identity Register and issue them with the Ghana Card.

The mass registration exercise, which begins tomorrow October 04 and ends on October 23, will take place at 750 centres in all the districts in the three regions.

Professor Kenneth Agyemang Attafuah, Chief Executive Officer (CEO) of the NIA, who announced this at a press briefing in Tamale on Thursday, said the mass registration for the Ghana Card would be conducted from 0800hours to 1700hours each day excluding Sundays and public holidays.

Professor Attafuah spoke about the mandatory requirements for the registration, which included birth certificate or valid Ghana passport or certificate of citizenship and Ghana Post Digital Address.

Professor Attafuah spoke about the significance of the exercise and urged the citizenry to contribute to its success, saying it was one of the development projects for the country.

He emphasised that the mass registration exercise was non-political and not meant to give political advantage to any political party, urging the citizenry to trust in the exercise and take advantage to register.