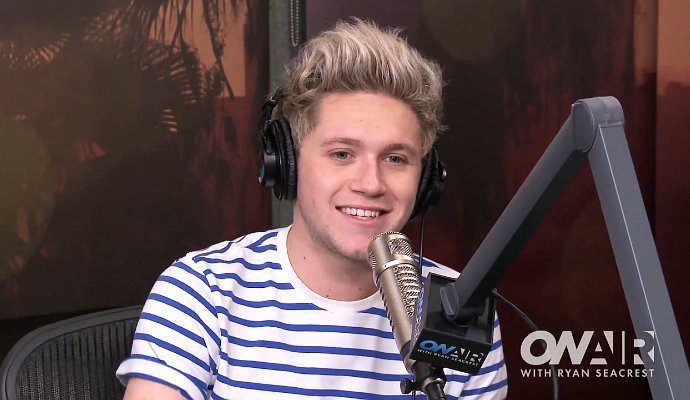 Niall Horan is said to be the member of One Direction who’s able to speak in various accents. During his appearance with Liam Payne on “On Air with Ryan Seacrest” on Thursday, November 19, the singer was asked to pretend to be an American radio DJ who wanted to know about the sale of his band’s new album “Made in the A.M.”.

After learning that Niall is good at speaking in American accent, Ryan Seacrest said, “I have an idea. I think we should call a music store and see how the album is right now.. because it’s the top of the chart, right?” Niall looked totally nervous when he was asked to pretend to be a radio DJ. “I learned a lot to do that,” he said of his American accent.

Before calling music store Amoeba, Liam joked that they would get negative feedback as saying that the employee might say, “This album sucks.” For the challenge, Niall even practiced to say, “Hi, night-time Niall,” in the accent.

Once he’s connected to the music store, he said, “Just a quick question. How’s the One Direction album’s selling in your store. We’re just checking some stores around Hollywood at the moment.” The employee replied, “Sure. It’s about double of our sales right now.” Looking happy, Niall said, “That’s a great stat! OK, uh, thank you! Tune into KIIS-FM with Nighttime Neil tonight, man!”

Ryan laughed once Niall hung up the phone. The radio host commented, “You lost your accent a little bit,” to which Niall replied, “I know. I was getting nervous.” Ryan then made fun of Niall’s faux radio show as saying, “Tune into Nighttime Neil tonight on KISS FM!”

Prior to the radio show, Ryan enjoyed some fun with the 1D members. He took to Facebook to share a picture of the three of them. The radio personality held a bunch of grapes above Niall while the 1D singer appeared to catch it with his mouth. “it’s feeding time for king @niallhoran,” read the caption.