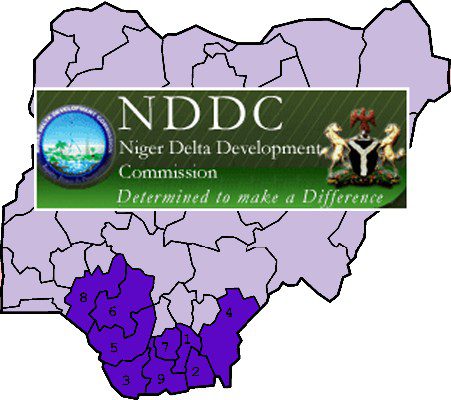 A cursory look at the Niger Delta and the damage done to its environment as a result of the huge cross the Niger Delta has had to carry over the last 40 years as the bread basket of the Nigerian nation compels most Nigerians to take a long hard look at themselves. 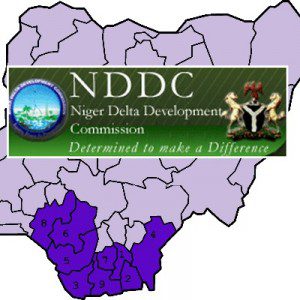 Though the Niger Delta have in recent times been granted extra revenue from resources extracted from their areas under the 13 per cent derivation principle, very little had been done to address the ecological damage done to their environment by the joint ventures between successive governments of the federal republic of Nigeria and the international oil companies. The recent attempt at the Ogoni clean up is a step in the right direction albeit belated.

International oil companies have recklessly polluted the local environment and in some cases have refused to clean up the mess that their activities have given rise to. In some cases, the FG had agreed on behalf of the affected communities ridiculously low compensatory payments on behalf of the local population. The biggest Irony here was the the most recent example of such incompetence can be traced to the government of the GEJ.

The resentment built up over the years as a result of such ecological damage, relatively low share of accrued oil revenues obtained by the Niger Delta as a result of the exportation of oil and the 100% cross it carries vis a vis the health, damage to local fishing industry and environmental implications of such extraction have in recent times given rise to the birth of militant activities.

The Buhari Government came to power and pursued the policy of cancelling oil pipeline contracts given to militants, reducing amounts dedicated to the Amnesty programme and increasing the amounts dedicated to the reconstruction of the North East of Nigeria BEFORE the war with Boko Haram had even been won was nothing short of incompetence, lack of thought and lack of wisdom on the part of the Buhari government. In many respects, this is one of the manifestations of having a very sectional composition of the key kitchen cabinet advisers within Aso Rock. The Buhari led Aso Rock (in this case I am referring to the President, his chief of staff, his secretary to the federal government and his key Northern advisers) has been denied the wisdom and exposure to plurality of views that comes from a pan Nigerian composition. The jaundiced and ill-thought out views of this narrow sect is coming back to haunt the present Federal Government and the Nigerian nation. The Buhari decision boils down to penny wise and pound foolish. It saved millions of Naira in pipeline contracts and reduction in amnesty payments and have lost billions of Dollars in oil revenues and ecological damage.

All this is happening at a time secessionist impulses have been growing in a devastating manner within Nigeria. Boko Haram had for years tried to create its on Caliphate from within Nigerian territory. It had marginal effect on the Nigerian economy because the North East contributes less than 5% to Nigeria’s current GDP. It however managed to kill thousands of people and helped to create significant psychological insecurity amongst Nigerians that a change of government was facilitated in order to have a more competent government face down that challenge. The change of government and the relative reduction in influence at the federal government level of the igbo had now given rise to a more coordinated bid for secession by the igbo (who have long resented their fall from political and bureaucratic power in the early 1960’s). The igbo quest for a “Biafran” state was fundamentally weak because the igbo SE contribute less than 5% to the GDP of Nigeria and it lacked the barbarity of the Boko Haram secessionist attempt. It concentrated on peaceful marches and the incitement of the far away pirate Radio Biafra station. The Niger Delta Avengers have become the latest addition to Nigeria’s expanding secessionist movement. The Niger Delta have foregone the barbarity of the Boko Haram elements but the Niger Delta area accounts for over 35% of Nigeria’s GDP and accounts for almost 86% of its foreign currency receipts. The Niger Delta Avengers (at the current time) appears to be an Ijaw centric rebellion and it appears borne out of the GEJ’s loss at the polls and the cancellation of lucrative contracts and amnesty payouts. The Niger Delta Avengers have now indicated its resolve to establish a Niger Delta Republic.

The two recent yet different igbo and ijaw led secessionists movements appear to have borrowed a leaf from the more politically successful Nigerian Fulani. The Fulani are known to successfully mask their selfish group interests under “Northern” and “Muslim” interests toga. The Nigerian people seems to have psychologically bought into this brainwashing that almost every Northern leader elected President on the back of Northern and Muslim power within Nigeria through the democratic process since 1960 has been a Nigerian from the minority Fulani tribe. The Hausa majority tribe in the North has been the most marginalized group in Nigeria for decades. The Igbo led IPOB/MOSSOB and BIM have attempted to use this same Fulani template. Those groups (99% of whom are igbo) have sat amongst themselves and have attempted to carve out a “Biafran” identity and have identified those places were all oil deposits are located and have called it “Biafraland”. The igbos are thus trying to ride on the back of the people and assets of the non igbo populace of the SS and parts of North central to return to its lost glory of the pre civil war era. The explicit rejection of Biafra by the people of Rivers and Delta have gone ignored by the igbo led IPOB/ MOSSOB and BIM whose main complaint, ironically, about Nigeria is that they were forced into Nigeria without their permission. The igbo have been less successful in this attempt despite the consistent and endless brain washing by Radio Biafra. The Ijaw dominated Niger Delta Avengers are making its own attempt at leadership of the Niger Delta. It is flouting a dream of a “Niger Delta Republic” where the ijaw will be top dog and the undisputed leader. Its proposed currency with the head of Isaac Borro as its face is a subtle attempt at regional leadership of the Niger Delta. Thus quests narrow ethnic dominance masked as genuine attempts at regional liberation and the rejection of regional injustice have arisen to take advantage of credible cases of injustice.

There is a great need for the Nigerian Political establishment at the National Assembly level and as true representatives of the Nigerian people to make an attempt to address fiscal federalism. All states in Nigeria have abundant assets and mineral resources that they cannot harness because they are controlled by an inefficient Federal Government. That condemns most “rich states” to poor state status especially if they are rich in assets other than oil and gas. Devolving power to exploit all resources to the relevant local state and or Local government allows each state to develop all assets within their domain and ensure that all states are able to become developing economies in their own right though not all will be centered around oil and gas or the ports or the financial industry. It may also help to ensure that when states control the exploitation of their own assets, the Local Government from which those assets are extracted must be given a significant proportion of the revenue derived from the extraction of those assets. The Atiku suggestion (which he has suggested in the past) seems to me to be reasonable. The FG has too many responsibilities and is inefficient in carrying them out. The National assembly needs to significantly reduce the areas controlled by the Federal government and increase areas under the control of state and local government areas. Personally, I believe the political structure is somewhat fair. It reflects as much as possible the diversity of Nigeria.

Nigeria has to address the underlying neglect of the Niger delta and the damage to their environment. It must also address the inefficient fiscal structure of the Nigerian state which handicaps most states (unless such a state happens to be an oil producing state or a state that is either Lagos or relatively close to Lagos). These issues will need to be addressed sooner than later before power hungry ethnic groups take advantage of genuine regional grievances in order to advance selfish ethnic interests in the manner successfully executed by the Northern Fulani.

Niger Delta Region in a season of threats

Niger Delta and Enemy Within