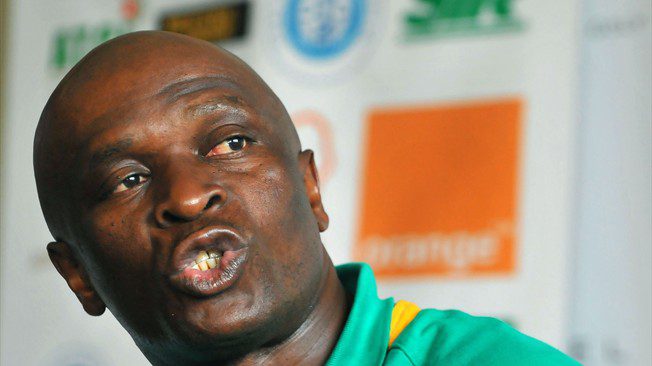 Some three years ago, Francois Zahoui took C?te d?Ivoire to the final of the CAF Africa Cup of Nations. Today, he is in charge of Niger ? a country far below the Elephants in the world ranking.

FIFA.com spoke to the coach about his challenges after his side was drawn with Somalia in the preliminaries of the 2018 FIFA World Cup Russia.

Zahoui admits that there is a huge difference coaching the defending African champion Elephants and Niger, who have never made an impact on African football before the last few years.

?It is not only a huge change, they also pose very different challenges,? he said. ?In C?te d?Ivoire, there was already a big structure, financial resources and lots of quality players. It also meant for the coach that people immediately expected good performances. So I felt immediate pressure, and all the more as I had been an Elephant as a player, and as the national team had been unable to meet the people?s expectations, at least since AFCON 2006.

?In Niger, resources are much smaller and the team structure is less mature. But theMena have recently played at the AFCON finals twice, and some good work has already been done, by Rolland Courbis, who had been my coach when I was a player in Toulon, and Gernot Rohr, whom I am good friends with. Niger already had a taste of the AFCON, and now we want to keep improving.?

The former midfield player, who spent several seasons in Europe playing in Serie A for Ascoli and in France for Nancy and Toulon, dismisses suggestions that there is less pressure on him because Niger is not considered one of the powerhouses of African football.

?In Africa, emotion comes first. So when Niger beat Gabon in a friendly, people started asking us to win AFCON! I am ambitious, but for that you first need to put in place the required infrastructure and define an efficient method of work.?

Zahoui believes one of the major differences in coaching a team like Niger, compared to C?te d?Ivoire, is the approach of the players.

?In these small countries, only a few players have already played at a professional level. So football is often centred on duels and physical strength, rather than skills and tactical aspects. My ambition is to change that and have the players play good football with short passes and tactical planning.?

Currently the Mena are involved in qualifying for the 2018 FIFA World Cup Russia and AFCON a year earlier. Zahoui is aware what his main focus should be. ?For the 2018 World Cup, we should not have the wrong agenda. My first ambition as Niger coach is to qualify for AFCON 2017. Of course that does not mean we are going to neglect World Cup qualifiers. We will always do our best. But the Niger national team is like a teenager: it should not grow too fast. So it has to improve following logical steps. And the first of those logical steps is to do well at AFCON 2017.?

Asked why he does not think the team should concentrate on the World Cup tournament, he says that they need to work with the players they have.

?We have a limited amount of experienced players (including Daouda Kassaly, Mohamed Chicoto and Souleyman Sako), which makes it difficult to follow different goals and agendas. So I would say that these World Cup qualifiers can be a good way to earn experience and get better taking on bigger teams. We are full of young talented players, and I will use these promising starlets to build a team for the coming years.?

Niger has been drawn against Somalia in the first round and will then face Cameroon?s Indomitable Lions if they advance to the second round. ?I won?t surprise you if I tell you Cameroon is the favourite and Niger is the minnow, but we will play with our strengths and do our best to create a surprise. But we coaches are no miracle workers, and not magicians. We are just professionals who can improve teams if we get approval and support from the players.?