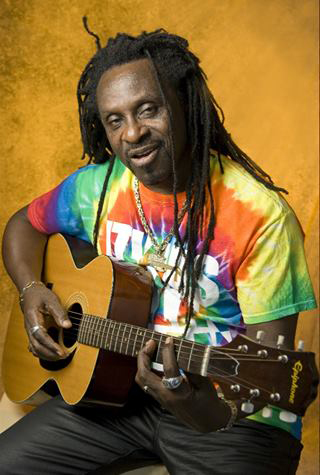 The Magistrate Court Judge presiding on the matter between reggae star, Victor Essiet of The Mandators fame and a Nigerian business man Maurice Etim, has issued a bench warrant on the defendant, following his failure to appear in court for the last two hearings for the lingering $86, 376 (Eighty Six Thousand Three Hundred and Seventy Six Dollars) fraud case leveled against him.

The bench warrant was issued on Monday 24th October at the Ikeja Magistrate Court before all parties involved in the case, after the Police prosecutor vehemently objected the plea of the counsel to the defendant, over his client’s absence in court, due to reoccurring medical challenges and failure to back same up with a medical report.

The 50- year-old musician was expected to appear in court following his failure to honour the binding of an undertaking he signed, to pay back the sum of money he falsely obtained from a business man on a transaction that went bad since 2009. With his absence in court today, Victor seems to be complicating issues for himself, and that might make him end up in custody.

Rewind to 2011, the first attempt to arrest him during the gubernatorial election campaign of ACN failed because of the timely intervention of Senator Udoedeghe. It could also be recalled that sometime in 2015, it was reported that the singer was kidnapped in Akwa Ibom State during the funeral of his brother at his Nsit Ubium hometown, only to discover later that Victor was apprehended by the police for fraud.

In court, the police spoke person stated that the time in between the date of the last hearing on 27th of July 2016, and the hearing on Monday 24th October was enough for the popular musician to recuperate. Instead of the aforementioned, the defendant who is said to be incommunicado according to claims by his counsel has been seen on different occasions in town.

The representative of the Nigerian Police said the act by the defendant (Victor Essiet) is however intentional, using it as a yard stick to evade appearance in court. He however requested that a bench Warrant be issued, to ensure that the defendant is made to appear in court at all cost to face the wrath of the law.

The case has hereby been adjourned to 25th January, 2017 for further trial, and if he fails to appear, which will make it the 4th time, he might be dancing to some of his tunes behind the bars for corruption his music preaches against.