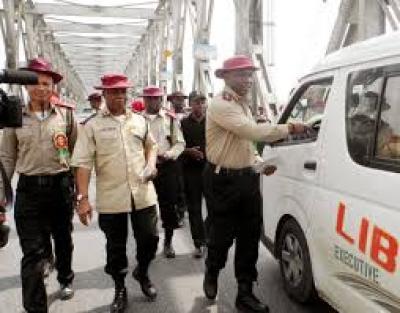 At least 36,000 road safety personnel have been deployed across Nigeria for patrols and road checks to ensure road traffic safety during Eid-el-Fitr celebration, an official with the Federal Road Safety Corps (FRSC) said Friday.

The patrol was in line with the FRSC’s tradition of organizing special patrols during festive periods to avert road obstructions, crashes and deaths due to heightened traffic movement, Bisi Kazeem, the FRSC spokesperson said in a statement reaching Xinhua in Lagos, Nigeria’s economic hub.

The special patrol is to also put necessary measures in place to ensure that the Eid-el-Fitr celebration is observed under an atmosphere of peace, safety and free movement of people and vehicles across the country, he added.

Kazeem said the special operation would ensure the free flow of traffic.

He said the operation would also ensure prompt rescue services, timely clearance of obstructions on all major roads and critical corridors across the country during and after the festive period.

The spokesperson added that the focus would be on light sign violation, overloading violation, driver’s licence violation, fake/expired licence; lane indiscipline, removal of rickety vehicles on the roads, among others.

He appealed to motorists to cooperate with the personnel of the corps and other security agencies who would be engaged in traffic management to ensure free movement of traffic.

Deadly road accidents are common in Nigeria often due to overloading, bad condition of roads and reckless driving.

An average of over 100 deaths takes place every month in Nigeria due to road accidents, according to officials. Enditem