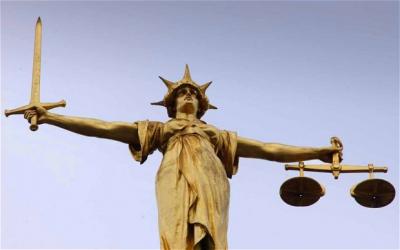 Two NYSC members,  O?tega Daniel, 27, and Sulaimon  Abari, 26, were arraigned  on Monday  an Ibadan Chief Magistrates? Court sitting at Iyaganku for engaging in homosexual practices with a student.

Abari, a graduate of  the  Lagos State University, Ojo,  and O?tega were performing the national service  at St. Louis Secondary School 2, Molete, Ibadan.

The duo  were arraigned on a three-count charge of conspiracy, procuring as well as  getting hold of their victim.

The prosecutor, Insp  Olufemi Eyiaromi, told the court that the two accused persons conspired to commit the offence.

Eyiaromi alleged that Daniel procured and got hold of  the  male student, took him  into a room, laid him on a bed as well as  caressed and orally sucked his manhood until the minor released sperm.

He also alleged that Abari committed the same offence on  the victim.

The offence was said to have been committed sometime in November  2013 at Osungbade, Odo-Oba area of  Ibadan.

The accused, however,  pleaded not guilty to the charges.

Chief  Magistrate  Kehinde Durosaro-Tijani  granted each accused bail in the sum of  N100,000 with one  blood relation as surety.

She also directed that the surety must present  three years tax clearance certificate  while each accused person must  present his original certificate  as part of the bail condition.

The case was adjourned till Feb. 25.