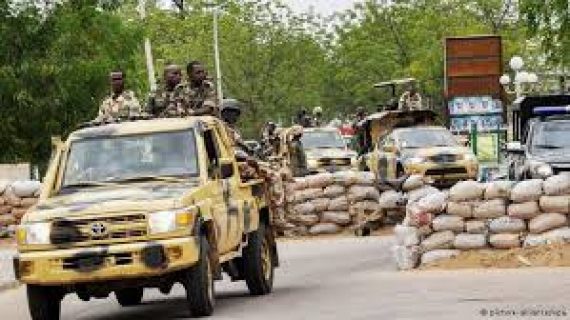 The London-based rights group called for an investigation last year of nine senior commanders, including Major General Ahmadu Mohammed, for possible criminal responsibility for war crimes, including the deaths of more than 8 000 detainees since 2011. President Muhammadu Buhari in June promised to investigate the allegations and deal with all alleged abuses by the military, but nothing has been done.

Gruesome video footage, images and testimonies gathered by Amnesty International and other agencies last year provided monumental evidence of war crimes, including extrajudicial executions, and other serious human rights violations being carried out in north-eastern Nigeria as the fight by the military against Boko Haram and other armed groups intensifies.

It includes horrific images of detainees having their throats slit one by one and dumped in mass graves by men who appear to be members of the Nigerian military and the “Civilian Joint Task Force” (CJTF), state-sponsored militias. It also shows the aftermath of a Boko Haram raid on a village in which the armed group killed nearly 100 people and destroyed or badly damaged scores of homes and other buildings.

A-G petitioned to surcharge all persons, institutions implicated in Report

Mbeki attacked Ramaphosa? Or Not