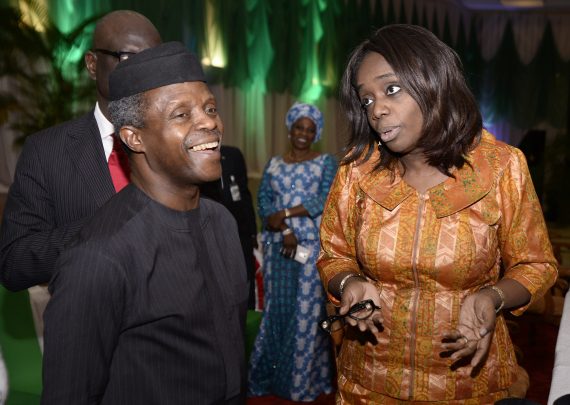 Explaining that the Federal Government plans using the 2016 budget to fast-track economic diversification, the Minister said efforts have been put in place to ensure that the spending on the capital projects trickles down to all Nigerians.

Adeosun, in her paper at the second day of the National Economic Council retreat in Abuja, said, “We are going to spend money and this will be done in a disciplined manner and in right places.

She said the Federal Government has a platform and system of control in place to ensure transparency; saying spending will be controlled.

She said, “We are pumping N350bn into the economy in the next one quarter to help the economy.
With this huge spending, the Minister believed that “Companies that had laid off staff and those that had abandoned projects are going back to sites and the economy will restart.

“Our priority is engaging Nigerians and resuming our capital projects.”

She urged state governments to take their destinies in their own hands by proactively driving revenue generation, saying now is the time to put in place a robust revenue drive by the states.

“There is need to have a business and commercial approach to revenue generation.

Stressing the need to invest in data collection, Mrs. Adeosun stated, “There is need for us to look at data management because nobody can succeed in revenue generation without the data.

Speaking on the plans for the Customs service, the minister said the Federal Government has agreed to review the remunerations of the Customs Service.
“We look at the Customs and found out that it has one of the lowest salaries at least from their peer group. That is a problem. Here you have a custom officer being paid N50, 000 monthly and you task him to collect duty of nearly N2 million. So we are working on better remuneration for the Customs.

“The other issue is the equipment being used by the agency. Their ability to scan containers is very important. Classifications of containers are faulty now because of the kind of equipment they use. Ability to scan a container and know what is in it is limited,” the Minister said.

Government to leverage technology to transform the economy – Minister

Ghana to tap into economy of local jewelry industry for jobs, wealth creation

2022 budget should focus on stabilizing the economy – Director

Presiding Members commend Veep Bawumia for the digitization of the economy