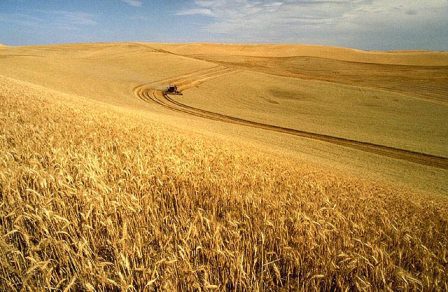 The Lake Chad Research Institute (LCRI) in Nigeria’s northeast Maiduguri plans to increase the country’s wheat production to 1.5 million metric tones by 2017 as part of efforts to reduce the importation of the commodity. Oluwasina Olabanji, the director of the institute, announced the figure at this year’s Wheat Farmers’ Field Day at the Dadin Kowa Irrigation Dam in Yamaltu/Deba Local Government Area of Gombe State.
Olabanji said the institute targeted to cultivate 150,000 hectares of wheat using 75,000 wheat farmers in 2015/2016 season, while the production would increase to 300,000 hectares in 2017.
“The wheat value chain aims at increasing productivity of wheat from two tones per hectare in 2013 to five to six tones per hectare by 2017 and national production from the current 150,000 metric tones to 1.5 million metric tones in 2017,” Olabanji said.
“We also plan to transform the wheat to a major income generation industrial crop for the farmers, ” Olabanji added.
The director said the measures adopted by the government were aimed at meeting 50 percent of the wheat requirements in the country where 3.2 billion U.S dollars is spent annually on wheat import. Enditem