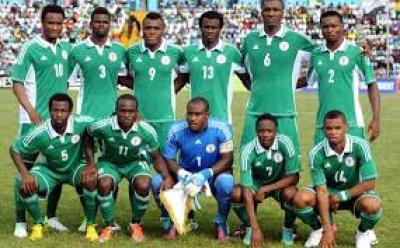 The inability of the Super Eagles to qualify for the Equatorial Guinea 2015 African Nations Cup has started affecting the country negatively, as kit manufacturing company, NIKE, has turned down a proposal by the Nigeria Football Federation (NFF) marketing agents for a sponsorship deal. The federation?s current kitting company, Adidas, has also told the body that it would not renew its sponsorship of the national teams NFF when it expires this month.

Adidas had after the Brazil 2014 World Cup blamed Super Eagles? players and officials for reneging on Nigeria?s contractual agreement with it, alleging that while it was the official kit sponsors of the national teams, the players and officials preferred to wear and advertise the products of other kit manufacturing firms.

A management staff of the NFF marketing department told said that while the federation has intensified its efforts to get a replacement following Adidas withdrawal from the deal, the Super Eagles? failure to qualify for the 2015 Nations Cup has been a big impediment.

The official, who pleaded anonymity, however, assured that the federation was working on a deal with another kit firm.

The NFF officer, revealed that the national teams would face a serious kit crisis in 2015 if no deal is reached before the first quarter of next year, regretted that despite several meetings between the NFF management and Super Eagles? players and officials, they still went ahead to rubbish the contractual agreement with Adidas.

?Adidas has been one of our best kit suppliers in the past decade but the Super Eagles? players and officials disregarded the contract during the World Cup. The most annoying aspect of the issue is that the same NIKE they used to slight Adidas eventually rejected us when we approached them for a new deal because we did not qualify for the Nations Cup.

?The rate at which we are going, we may have no other option than to go to China to produce our kits with good design. But we are making frantic efforts to hook on to one kit firm before the first quarter of next year,? The NFF official assured.

The officer also disclosed that the federation would lose over ?7 billion (seven billion euros) worth of kits and the yearly ?850,000 grant from Adidas in 2015.

?Adidas gives over ?7 billion worth of kits and equipment, with over ?850,000 annual grant to the federation. But with the current rating of the nation?s football, the brand has a crack already, no kit-manufacturing firm is interested in our U17, U20, U23 teams or the Super Falcons. If we eventually get a sponsor at last, we must sign a very strong agreement with all the players and officials that they must abide by the contractual agreement. Otherwise we may lose those sponsors in the future,? he said.?

Saitama Official: NFT Worlds Vows to Come Up With Its Own Version of Minecraft After Mojang Creator Rejects NFTs