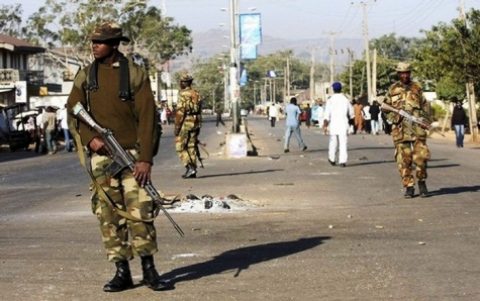 Eight hostages held by Boko Haram insurgents in Gwoza area of Borno state in the restive northeast Nigeria have been rescued, the army spokesman Aminu Iliyasu has said.

The coordinating army spokesperson said the rescued victims were evacuated while the children among them were equally administered with Polio vaccination by a Nigerian army medical team.

He added that no causality was recorded by the army troops during the commando operations.

According to him, many of the Boko Haram criminal elements fled in disarray toward the summit of Mandara Mountains with gunshot wounds.

“The troops’ resilience and doggedness are unwavering as further exploitation to complete the annihilation of the insurgents is being sustained in the mountainous environment,” he said.

Iliyasu said the army continued to sustain the tempo of the counter-insurgency operations in the northeast with a view to decimating and destroying the remnant of “Boko Haram/Islamic State West Africa (ISWAP) criminals”.