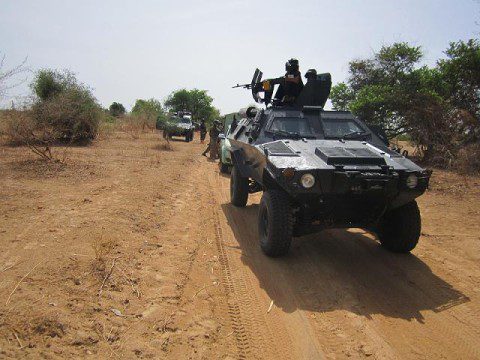 Over 100 civilians, including 11 soldiers were killed by bandits at villages under Birnin-Gwari local government area in the last five months.

Launching a new military Forward Operation Base (FOB) at Birnin-Gwari area, the military chief charged troops to ensure that the criminals were finally brought down to their knees.

The new FOB was aimed at checking the bandits’ killings in the area, Buratai told his audience.

“We are no longer going to adopt the defensive approach, it must be offensive. Since the battle has been brought to you, you must take it back and crush them wherever they are,” he added.

According to him, the killings must stop, the wanton destruction of properties must stop, not only within Kaduna state but across the country.

“In the next two, three weeks, there must be a very resounding results that will bring these criminals to their kneels finally,” he said.

“They are not coming from the moon, or coming from outer space, they are within this territory. I don’t know why you cannot go to where they are and get them fished out,” Buratai said.

Increased activities of criminals along the Birnin Gwari-Zamfara road have created fear and anxiety among road users as well as residents of the area.

The attackers were believed to have entered the village from the northwestern state of Zamfara, a neighboring state to Kaduna.

The gunmen, over 100 in number, came in at least 50 motorcycles. They rode mostly in twos.

Mostly children were killed during the four-hour attack. Enditem