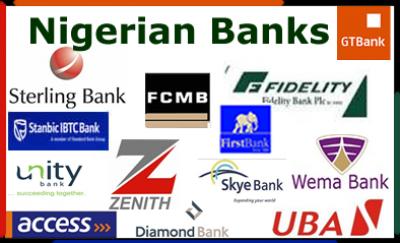 Nigerian banks are pulling back from internationally syndicated dollar loans as falling oil prices and new regulation introduced by the Central Bank of Nigeria (CBN) late last year has pushed up borrowing costs, bankers said.
In contrast, international lenders already experiencing excess liquidity and lack of deal flow elsewhere in the CEEMEA (Central & Eastern Europe, Middle East & Africa) region are still keen to lend to Nigerian banks, albeit on a more selective basis.
In December, the central bank imposed new regulations on Nigerian banks, requiring banks with exposure to the oil and gas sector in excess of 20 per cent of their total credit facilities to hold provisions of 125 per cent against these assets.
?The central bank is clearly trying to stop the occurrence of non-performing oil and gas loans (in Nigeria) by imposing these hefty provisioning rules. It is not clear how long these rules will be in place, but they will deter Nigerian banks from borrowing at the moment,? said one European banker to Reuters.
Beside the higher cost of provisioning, Nigerian bank borrowers also face the prospect of higher pricing for dollar loans from international lenders, which have become more cautious about lending into Nigeria.
?We did see some last minute flexing on the price of one deal at the end of last year after the liquidity for the deal changed,? the banker said.
A combination of these issues, including the devaluation of the naira which has also made the cost of local borrowing more expensive, means Nigerian banks are likely to steer clear of international dollar lending where possible ? at least in the short term, bankers said.
First Bank of Nigeria (FBN) sent out a request for proposals to international banks in December for a two or three-year $300 million loan, but has subsequently not followed up on the request, two European bankers said.
FBN was not immediately available to comment.
?FBN does not desperately need this loan so it will hold back from borrowing in this environment. There will be fewer dollar deals for the next few months, if banks can afford it they will wait,? another European banker said.
The situation in Nigeria has come at an inopportune time for some international lenders with an African focus, as they have been gearing up for growth in the Nigerian syndicated loan market over the last few years.
Bankers had hoped that Nigeria would become the new African sweet spot, perhaps even taking over from South Africa as the main centre of African syndicated loan activity, reported Reuters.
Nigeria expects economic growth this year to be 5.54 per cent, down from an estimated 6.23 per cent for 2014, after the government trimmed its expenditure following a slump in the price of oil.
Inflation in Africa?s biggest economy is expected to rise this year to 8.78 per cent, up from an estimated 8.0 per cent last year, driven by the central bank?s devaluation of the naira, which has been hit by the drop in the price of oil, Nigeria?s main export.
There are $800 million of upcoming Nigerian bank loan maturities in 2015, according to Thomson Reuters LPC data.
They include loans from Ecobank Nigeria and First City Monument Bank (FCMB), which both raised $150 million loans in October 2014 and December 2013, respectively. Those deals included Middle-East as well as European and African banks.
?Nigeria has become a big focus for us, we are still very keen to do deals there, but it is on a more selective basis; the credit has to stand up and be able to take stress on the oil price. There is a lot more credit concentration on underlying assets,? the first European banker said.
A banker at a US investment bank said: ?With all that is going on in the rest of CEEMEA, banks have to continue looking at Africa including Nigeria ? we are still definitely open for business.?