The Nigerian Humanist Movement (NHM) was founded in 1996 and the main goal was to provide an alternative to religion and a sense of community to non-religious and non-theistic persons. This was a period when the country was under military dictatorship and human rights abuses were rampant. Fear and uncertainty reigned during General Abacha’s military regime and provided subsoil for the spread of religion and superstition. 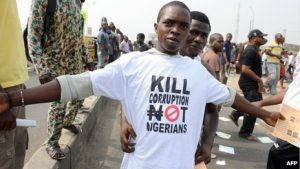 This situation called for the urgency of an outlook that emphasized individual liberty and tolerance, reason and critical thinking, and other skeptical and secular values. NHM came into being to serve this purpose and fulfill this need.

The movement started by reaching out to people of like minds through its newsletter, the Humanist Concern, later the Humanist Inquirer and then the Nigerian Humanist. The initial contacts were mainly lecturers and students in Imo, Lagos, Edo and Oyo states. The pioneer members were mainly philosophy teachers and students or youths who were curious and wanted to know more about humanism.

From 1998, NHM started organizing meetings and talks at the University of Ibadan. Some of those who made presentations at these talks included late Prof Olusegun Oladipo and Prof Niyi Osundare. Through its newsletters, the movement highlighted issues such as ritual killing, landmines, child labor and exploitation, witchcraft accusations, and religious extremism. There was a lot of debate on whether atheism or humanism was the appropriate label for non-religious and non-theistic persons. Due to the stigma that was associated with atheism, many attendees then did not feel comfortable with the label of atheism.

To build the organization and improve its operational capacity, I affiliated NHM with various international groups. I represented NHM at the World Humanist Congress in India in 1999 and shortly after the event; the movement joined the world humanist body, the International Humanist and Ethical Union, (IHEU) in London. NHM remains a member of this body till date.

In 2001, NHM, with the support of the Council for Secular Humanism, organized the first international humanist conference in sub-Saharan Africa. The conference was held in Ibadan in South west Nigeria. Shortly after the event, the Center for inquiry-Nigeria was established. NHM worked closely with African American for Humanism, which was a CFI branch, and other affiliates of the organization. In 2002, NHM joined the Atheist Alliance International.
With very limited financial membership, these affiliations provided resources for the growth and administration of the movement. Occasional funding from these umbrella organizations helped defray the costs of conventions, lectures and meetings in Ibadan, Calabar, Ikenne, Lagos, Benin, Port Harcourt, Owerri, Uyo, Abuja and the formation of campus groups and state humanist chapters.

Humanist delegates from across the nation attended these events including freethinkers and atheists from northern states such as Kano, Benue, Bauchi, and Plateau. For so many years, the movement used the postal system, which was slow and unreliable to coordinate its membership and activities. However, the advent of the Internet revolutionized the way humanism was organized because the virtual space became a vital resource for humanists to connect, meet and interact with each other.

Humanists and other non-theists from different states in the country and beyond are now part of the group on face book. Though there is a growing online presence of other free thought initiatives, the groups in Lagos, Abuja, and Jos in Plateau state have been very active and have organized separate events. In fact, one of the NHM affiliates, the Humanist Assembly of Lagos will be hosting the African Youth Humanist Day event this year. Some of the NHM affiliates network on what apps, twitter or facebook. The digital age looks promising for humanism in Nigeria.

In addition, NHM has been a trailblazer in administering ceremonies. The movement organized a humanist funeral for its late Chair, Eze Ebisike who died in 2013. Equally, I conducted in 2014 the humanist wedding for Becca and Charles, who were active members of the Abuja group when they were living in Nigeria.

NHM members and affiliates campaigned for the release of Bala Mubarak, an ex-Muslim who was consigned to a mental hospital in Kano after he renounced the Islamic faith. The movement has in the past two decades worked to provide support to victims of ritual killing in Owerri, to alleged witches in Uyo and Calabar, as well as victims of caste discrimination in southeastern Nigeria. NHM lobbied against the anti-gay marriage bill that former president, Goodluck Jonathan later signed into law.

In the past 20 years, NHM has recorded significant achievements. Thanks to the movement’s campaigns and activities, increasing number of non-religious and non-theistic Nigerians have been going open and public with their humanist identity. Real and virtual active members have been increasing in number.

Nonetheless, these achievements could possibly not come without any challenges. In Muslim majority states, openly identifying as an atheist remains a dangerous undertaking. Blasphemy and apostasy are crimes punishable by death. Free thought views and commentaries are easily construed as forms of blasphemy, or as insulting Muhammed, Islam or Allah. For those who live under sharia law, freedom from religion is still a human right that dares not mention its name.

In addition, limited funding made it difficult to sustain many of our campaigns and programs. NHM was unable to extend support to many victims of religion or superstition based abuses. The refusal by Nigerian authorities to register NHM and the attack by Helen Ukpabio and her Liberty Gospel church members, including the court litigation which they brought against me highlighted the risks and difficulties in organizing humanism in a country where some persons have vested interests in religion and superstition.

Despite the challenges that NHM faced in the last 20 years, the future is bright and promising. Notwithstanding the pervasiveness of religiosity in the country, the threat of Boko Haram and violent extremism, there are prospects for humanism and free thought in Nigeria. And NHM is poised to take humanism to the next level in the coming years.

In the next two decades, NHM and its affiliates plan to step up its work and campaigns in all the 36 states including Abuja to ensure that all Nigerians who seek an alternative to religious dogma and superstition find it. The movement will strengthen the mechanism to support ex-muslims and other non-theistic persons who live in muslim majority states. Promotion of freedom of religion or belief will be high on the agenda with emphasis on freedom from religion. NHM will revive its campus free thought movement and support the establishment of freethinking or critical thinking clubs on all campuses across the country. Nigeria needs secular student groups to promote secular values and ideas on campuses.

The provision of a sense of community to all non-theistic Nigerians will be a priority and the movement will ensure that humanist ceremonies are conducted for all non-theists who desire such celebrations. NHM will strive to extend humanist solidarity to all who suffer due to dogma and irrationalism. Equal treatment of all Nigerians, including those who profess a religion or none, will be vigorously pursued. The movement will continue to support the rights of religious and philosophical minorities in the country such as the Shiites and other Muslim minorities in northern or southern Nigeria.

NHM will continue to campaign for the abolition of blasphemy and apostasy laws and ensure that those who renounce their faith or those who make critical comments about any religion or any prophet are not treated as criminals. The movement will not relent on its campaign against blasphemy killings and its efforts to ensure justice for victims in Niger, Kano and Zamfara, including muslims who were jailed or sentenced to death in Kano. The humanist movement maintains that blasphemy and apostasy are human rights and laws against such practices should be abolished.

In the same vein, NHM will advocate for the repeal of the anti-gay marriage law so that gays in the country are no longer treated as criminals and nobody is punished for whom they love.

Challenging religious privilege will receive attention in the coming years with an emphasis on Christianity and Islam. Privileging Islam is the norm in Muslim-majority states. The Quran is regarded as superior to the constitution, and sharia over rules secular state laws. Such violations will be opposed. The use of Islam to justify discrimination against non-Muslims, women and children, the perpetration of gender inequity and injustice, and the criminalization of homosexuality will be excoriated.

NHM will continue to highlight the unconstitutionality of state sponsorship of pilgrimages and the use of state funds to construct mosques, and reward those who convert to Islam. The movement will fight for the recognition of the reproductive rights of women and the abolition of child marriages.

The movement will commit its resources to promoting intellectual awakening, renaissance and enlightenment and to campaigning for the realization of a free, secular and tolerant Nigeria, as we look forward to another 20 years of exuberant humanism in one of the most religious nations in the world!

Nigeria, and the alarm bells for the deaf

The fact of the matter in Nigeria…

Nigeria and ROK to cooperate on maritime security