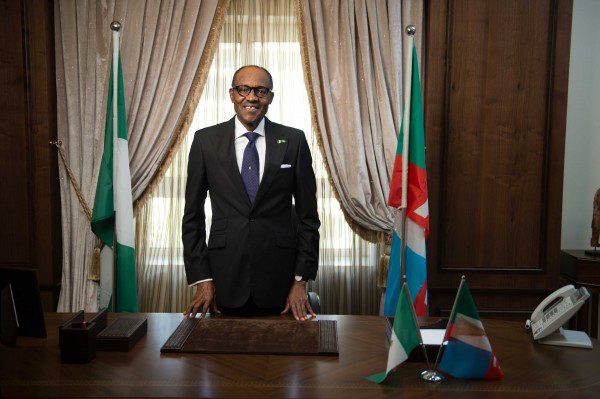 Buhari gave the charge while interacting with troops’ commanders in the restive northeast, shortly after laying a wreath at the cenotaph of the unknown soldier’at the National Arcade, Abuja, the nation’s capital city on Friday. The interaction with troops was part of the program for the Wreath Laying Ceremony, which was the climax of the 2016 Armed Forces and Remembrance Day celebration.

Buhari, who expressed satisfaction with the performance of the troops, said Nigerians were equally concerned about their performance and were eagerly awaiting the return of the abducted Chibok girls.

He assured them of his administration’s commitment to improving their welfare and enhancing the military’s operational readiness to deal with challenges of national security.

The president expressed confidence in the Armed Forces’ ability to restore peace and order to parts of the country plagued by armed conflict and other forms of criminal activities.

More than 200 girls from Chibok community in northeastern Nigeria’s Borno State were abducted in April 2014. Militant group Boko Haram claimed responsibility for the abduction and threatened to sell the girls.

Nigeria, Africa’s most populous country, is grappling with security challenges arising from the insurgency of Boko Haram, a sect which seeks to enshrine the Islamic Sharia law in the constitution. Enditem