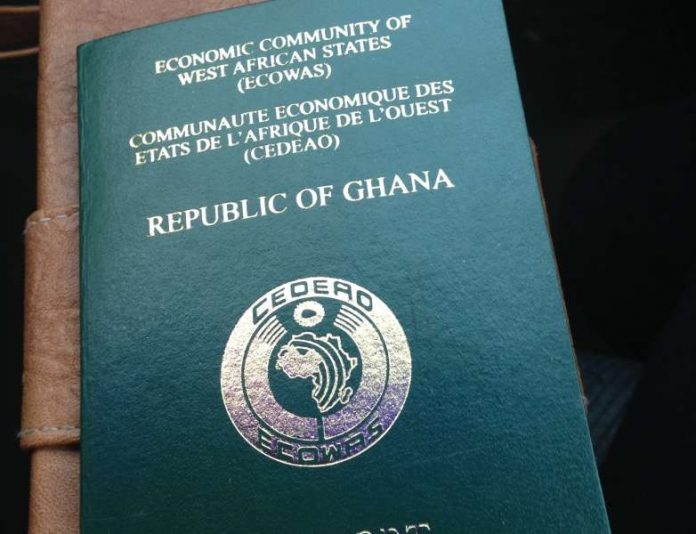 An Accra Circuit Court has ordered the 29-year-old Nigerian, Philip Okoye, who attempted to secure a Ghanaian passport under a Ghanaian name, to sign a bond to be of good behaviour for six months or serve six months imprisonment.

Okoye managed to secure a Ghanaian birth certificate and was applying for the passport with the name, Philip Osei, when he was arrested during the process.

He admitted that he made a false declaration in attempt to obtain a Ghanaian passport and possession of false documents.

Police Chief Inspector Musah Hamidu told the Court presided over by Mr Emmanuel Essandoh that Okoye had lived in Ghana for two years and was an employee of the Kwan Security Services.

On April 11, this year, in his quest to obtain a Ghanaian passport, he went to the Passport office with a Ghanaian birth certificate, purported to have been issued by the Births and Deaths Registry together with a filled Ghanaian passport forms.

Police Chief Inspector Hamidu said upon suspicion that he is a Nigerian, the officers handed him over to the police for investigation.

Investigation from the Ghana Immigration Service revealed that Okoye is a Nigerian from the Ayamba State and had not denounced his nationality but assumed the name Philip Osei with which he fraudulently secured a Ghanaian birth certificate and applied to be issued with a passport.

Prosecution said, in his caution statement, Okoye admitted that he is not a Ghanaian and mentioned one Simon of Agbogbloshie as the one who took GH¢1,500.00 from him to help him get the passport but failed to lead police to the said Simon.