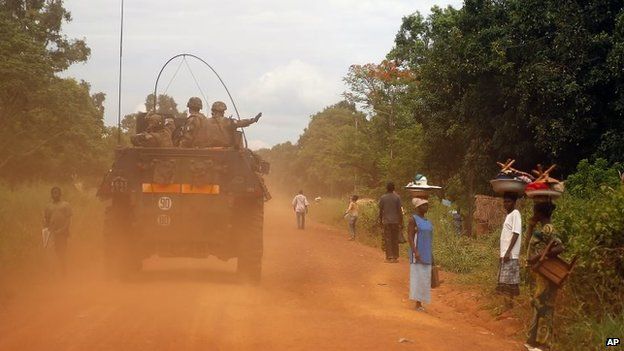 Nigerian troops have killed 15 Boko Haram fighters in an anti-terror operation in the northeastern state of Borno where terrorists have been making efforts to regroup and plan more attacks.

Nigerian army chief Tukur Buratai, in a statement reaching Xinhua on Saturday, said one terrorist, suspected to be a foreigner, was captured during the anti-terror raid carried out by the military in Rann, a town in Kala Balge district of Borno State.

Buratai said the terrorists killed and the one captured were responsible for the wrongful airstrike by the Nigerian military last Tuesday on a civilian settlement in the same town.

Rann, the headquarters of Kala Balge district in Borno, is 175 kilometers from Maiduguri, the Borno State capital and 8 kilometers to the neighboring Republic of Cameroon.

About 43,000 internally displaced persons struggling with serious food shortages and severe malnutrition were taking refuge at the Rann camp which was mistakenly bombed by the Nigerian fighter jet in Tuesday’s anti-terror raid.

At least 52 people lost their lives and 120 others were injured in the bombing which the Nigerian military had since admitted as an “operational error.”

The incident occurred after an intelligence report was received that Boko Haram terrorists were regrouping in the town where the internally displaced persons’ camp is situated, the Nigerian Army said.

Buratai said the Nigerian military had learned lessons from the incident, adding that the issue of coordination and dissemination of the right information has been noted and will help to prevent such incident in the future.

Terror group Boko Haram, which has killed more than 20,000 people and displaced 2.3 million since its insurgency started in 2009, had made five failed attempts to attack Rann town after it was retaken from them by Nigeria’s military on March 22, 2016.

Nigeria has made a considerable gain on the Boko Haram front, with its security forces having dislodged the Boko Haram fighters from the Sambisa Forest, their last enclave in the country. Enditem