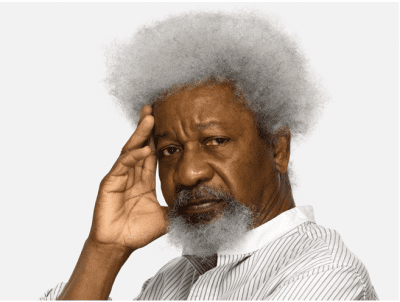 The percentage of citizens who believe Nigeria is less safe is at its highest point, according to Prof Wole Soyinka on Monday.

“Take simple security for instance. The average citizen feels less secure now than he did a few years ago; that is evident. When people talk about state police, there are reasons for it,” he said at an event put together by The Cedars Institute, Lebanon, in collaboration with The Wole Soyinka Foundation.

“When they talk about bringing policing right down to the community level, they know what they are talking about. This is also part and parcel of reconstruction or reconfiguration.

He said Nigerians felt more secure during the administration of ex-President Goodluck Jonathan than under President Muhammadu Buhari.

He says the low sense of security Nigerians feel is the major reason behind the clamour for state and community policing.

Soyinka also said there are “yawning gaps” in the current administration, adding that the past few years have been that of “economic disaster” for the average Nigerian.

“The economy, there is a big question about it right now. Fortunately, everybody admits that we went through a very bad patch. Right now, it is a question of have we come out of it or not or there is no question at all.

“The past few years have been years of real internal economic disaster for the average citizen.’’

The Police under Nana Akufo Addo