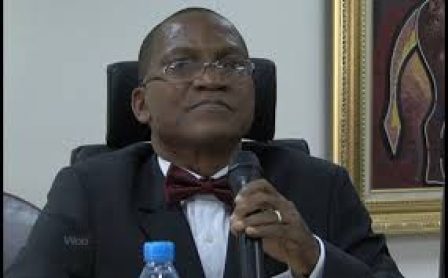 Director General of DMO, Dr. Abraham Nwankwo, who announced this at a one day workshop organised for the Finance Correspondents Association of Nigeria (FICAN) in Abuja, however said that the country has a favourable debt to gross domestic product ratio of 12.51 percent against the 25 percent world standard, saying there was no cause for alarm.

?He explained that the reason is attributable to some state governors borrowing when their tenure remains short with the excuse the that government is a continuum, thus the management of the economy cannot go to sleep because a particular governor?s term is coming to an end.

?He further said that loans of that nature are normally tied to a particular project and guaranteed by the deferral government before approval.
Nwankwo also said that Nigerian firms issued bonds worth three billion dollars made possible because of the successes recorded in the issuance of Nigerian Sovereign Eurobonds.

He said:?For the first time in Nigeria?s economic history, the private sector have been enabled to access long-term funds from both the domestic and international capital markets.

?The successful issuances of three Nigerian Sovereign Eurobonds in the International Capital Market ? one in 2011 and two in 2013, have opened the window for Nigeria?s private sector to raise required foreign currency funds?, he stressed.

Nwakwo further said: ?They are now able to fund long-term real sector projects (agriculture, manufacturing, housing, mineral exploration and processing, infrastructure, etc), for diversified and sustainable economic growth, towards employment generation and poverty reduction.?
On the domestic side, Nwakwo said: “Between 2007 and 2013, as many as 22 Nigerian companies raised over N223 billion from the domestic market.?

The DMO boss noted that the success recorded is part of the Transformation Agenda of President Goodluck Jonathan, adding that positive change is taking place in various facets of the economy.

“The Domestic Bond Market has been meticulously developed with appropriate products and institutional frameworks to that long-term debt capital (Bonds) with tenor of up to 20 years can now be easily sourced in Nigeria,? he said.

He urged stakeholders to sustain the momentum and make maximum use of the opportunity saying that patriotic responsibility demands the commitment of all in continuation of the positive transformation that is taking place.