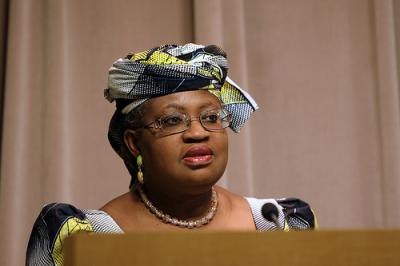 The Minister of Finance, Dr Ngozi Okonjo-Iweala, on Tuesday said that the nation?s economy was not threatened by its debt profile.
Okonjo-Iweala said that the country had no debt problem, adding that Nigeria?s debt to Gross Domestic Product (GDP) was 21 per cent.
She made this known in Abuja at the inauguration of ?Budget 2014 Jam? organised by the Ministry of Finance in collaboration with IBM Technology in Abuja.
Budget 2014 Jam is an online programme for youths in the country to engage the minister on issues associated with the 2014 budget and it is expected to run through the year.
Okonjo-Iweala, who also the Coordinating Minister of the Economy, declared that “Nigeria does not have a debt problem overall, ?
but Nigeria has to watch its domestic debt?.
“There is something called debt to GDP ratio; this is what is used in the whole world to measure the state of indebtedness of a country and in Nigeria, in whichever way you look at it, our debt to GDP ratio is 21 per cent.
“This is one of the lowest for a country of our profile worldwide,?? she said.
According to her, the UK and the U.S. have debt to GDP ratios of 89 per cent and 90 per cent, respectively, while Japan has about 200 per cent.
She said that Nigeria did not need to copy UK or US to avoid what happened previously that led to the process of asking for debt relief.
“So, now, we need to keep our debt to GDP ratio very reasonable; the normal standard for a country like Nigeria is around 40 per cent to 60 per cent.
Okonjo-Iweala disclosed that the nation?s external debt was two per cent of the debt to GDP ratio, while the rest was for domestic debt.
She said that domestic debts were obtained at relatively high interest rates, explaining that most of the debts were borrowed when wage bill in the country increased and the budget could not fund it.
“In 2009/2010 when they increased those salaries, after the increases were granted, it was found that there was no money in the budget to fund it and they went to borrow and we should never have done that.
“That is why I challenge those who say that the ministry of Finance and Okonjo-
Iweala are mounting debts. You now know why our domestic debt up to date is very high,? she said.
The minister said that government must slow down the rate at which the country was borrowing, adding that the current domestic debt of the country was N522 billion against N852 in 2011.
On debt service to revenue, she said that it had grown from 14 per cent to 19 per cent of the revenue.
This, she said, was worrisome and advised that effort must to reduce expenditure at all cost.
She added that government would also change mix of borrowing and borrow at ?very low interest rates?.