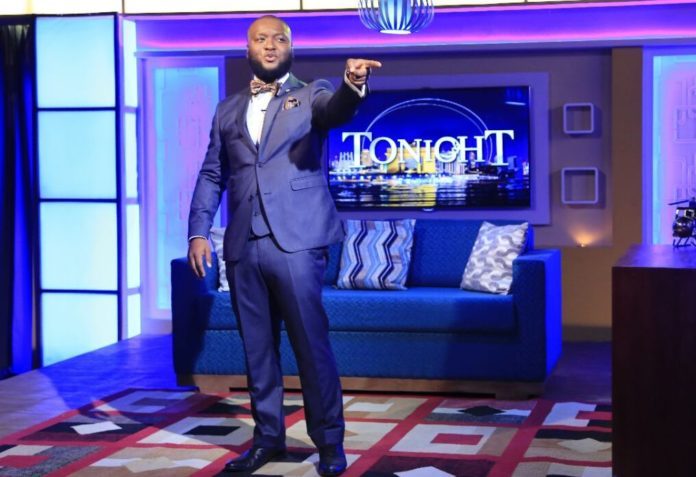 Host of arguably the most successful satirical talk show in Ghana, Nii Kpapko Thompson is considering parting ways with the Tonight Show according to sources close to the presenter.

Tonight with Nii Kpakpo Thompson which began airing over a year ago has evolved to become one of the most revered satirical talk shows in Ghana and was nominated for the RTP awards in 2016.

The show which now airs on Joy Prime after transitioning from Viasat1 Ghana now Kwese Free Sports has witnessed the likes of Majid Michel, Joselyn Dumas, Asiedu Nketia, Becca, KSM and Michelle Hammond all passing through and revealing a part of themselves that many do not often get to see.

It is unclear why Nii Kpakpo Thompson will decide to part ways with such a thriving TV franchise but sources have revealed that he may likely have received bigger opportunities elsewhere.

Nii Kpakpo Thompson apart from turning the Tonight show into a celebrity playpen full of games, surprise guests and performances; his show also generated several controversies. Notably, controversies that erupted between Caroline Sampson and Mzbel over why Caroline quit the Celebrity Fanzone show, following his interview with Caroline. The rumors if confirmed will be a blow to some of his loyal fans.

Already several names have been bandied around by some fans as people they would love to see replace Nii Kpakpo Thompson, including host of Peace FM’s morning show Kwame Sefa Kayi, comedian DKB and Foster Romanus etc.
The producers of the show have remained tight-lipped about the report as attempts for confirmation have proven futile so far.