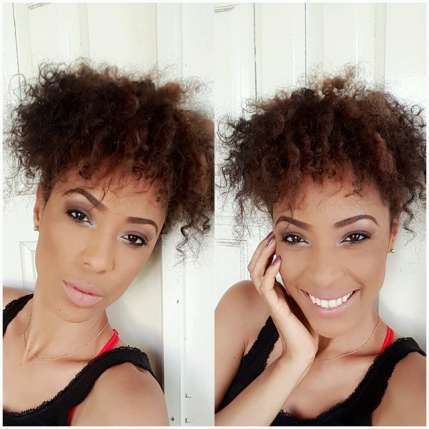 Actress Nikki Samonas says because she is from a poor background and has had to hustle to cater for herself, dating poor men is not an option.

According to the actress, she is tire of working her ass out to take care of herself hence wants any man who comes into her life to help relief her of such burden.

“I have suffered in life, I mean I had to work to cater for my family and pay my school fees and so I think, I think it is time someone else takes that up. Someone should also take care of me so for me if you don’t have, money or are not financially independent, I cannot date you. It’s as simple as that,” she said in an interview with Delay on the Delay Show on Viasat 1.

“I have no problem with the poor neither am I saying I want someone who is extremely rich. No, all I am saying is, as a man, you should be okay in your pocket to help provide some of my needs,” she added.

Her first appearance in movies was in a minor role in Abdul Salam’s Beyonce and she has since featured in many others, including playing the lead role in AA Production’s Pretty Queen.

Other movies she has featured in include War of Roses, Desperate Measures, Deadly Obsession, Pretty Queen, Wrong Line and Red Label.