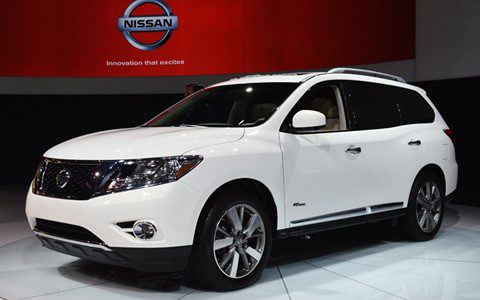 In 2006, Nissan created an entirely new market segment for crossover vehicles with the Nissan Qashqai. Today, in 2017, it is doing it again with the Nissan Kicks, a next-generation compact crossover.

The Kicks represents everything that Nissan has learned as the crossover-pioneer and it also introduces the new V-motion design language to Nissan’s range of passenger vehicles.

The new model will be on sale in most major left-hand drive markets in Africa immediately.

The Kicks arrives on African soil as one of the most awarded new vehicles in the world.

With less than 12 months in the global market, the Kicks has already amassed major automotive awards such as Best Crossover in South America and the Best Vehicle and Best SUV of the Year from Car and Driver in Brazil. It has also received the coveted SUV of the Year Award from FIPA, the Inter-American Federation of Automotive Journalists in North and Latin America. In all, the Kicks has received six major automotive awards in its first six months in the market.

In awarding the Kicks, journalists lauded its exemplary handling, very striking design, surprising volume of interior space and luxury interior ambiance. They also highlighted the fact that Nissan, as the crossover pioneer, has perfected those characteristics that are expected in a successful crossover, such as a commanding driving position, higher ground clearance and hatchback-performance.

Designed to stand out

The Kicks is a design collaboration between Nissan’s design studios in California, USA, Rio de Janeiro, Brazil and Atsugi in Japan.

It boasts a large, V-motion grille, clear, wrap-around headlights and integrated boomerang LED accent Halogen lights on the Acenta-specification level to give it a very striking on-road presence.

While the striking front end has won it many compliments, it is the profile view that has wowed the judges of its many awards. Nissan’s designers blacked out all three pillars to create the impression of a floating roof, which slopes towards the rear and which meets a rising shoulder line in the “kick” at the C-pillar.

Viewed from this angle, the Kicks also proudly displays its high-ride height, 17” alloy wheels (16” steel wheels on the Base model), its muscular, matte black wheel arches and its steeply sloping rear windscreen that meets the roof towards the middle of the luggage compartment.

In the back, the sculpted rear lights remind owners that the Kicks shares its DNA with that of the Juke, Qashqai and X-Trail. The tailgate features an integrated spoiler that widens below the rear lights to allow for a very large opening for the easy loading and unloading of luggage and gear.

For Africa-based Kicks models, Nissan has added powered electric mirrors, integrated roof rails and a follow-me-home headlight function as standard on all models. On the Acenta-specification level, Nissan has also added body-coloured door handles and side mirrors and front fog lights.

Space, practicality and luxury meet inside

Despite its compact dimensions, the Kicks offers unexpected amounts of interior space. This is thanks in part to the brand-new Nissan architecture, which includes a longer-than-usual 2,620mm wheelbase. Nissan’s designers have utilised every inch of this space to offer a C-segment vehicle with best-in-class rear passenger and luggage space.

Luggage space measures at 432 litres, with the seats upright, which is almost as large as cars in a larger vehicle class. The cabin also has a range of storage spaces, including a lidded glovebox, deep door pockets, drink holders and cubby holes in the centre console.

The luggage area features a clever folding storage shelf that is hinged to allow access from the rear seats. This makes it ideal for road trips where passengers may want to access food and drinks from inside the cabin, without having to stop and open the boot. The parcel shelf folds flush with the rear seats when not in use and there are two hooks on either side of the luggage area that can securely hold shopping bags of up to 3.3kg each.

A great deal of attention to detail has gone into the steering wheel, which has a new ergonomically designed grip section allowing the driver’s grasp to be naturally tight. It has a sporting flat bottom with a matt chrome finish for a quality appearance. The central spokes house controls for the audio and phone systems and driver information displays.

Behind the shaped steering wheel, the driver has quick access to driving information thanks to the integrated drive computer between the speedometer and tachometer.

The dashboard includes controls for the audio system and air conditioning and was designed as one broad, textured and stitched panel, called the Gliding Wing dashboard. This effectively links the different interior design elements in the dash and front door panels and also creates the impression of space for the driver and front passenger.

All versions of the Nissan Kicks will feature power steering, with a fully adjustable steering wheel and electric windows on all doors. Both the Base and Acenta grades also feature manual air conditioning and an integrated audio system with USB, Bluetooth and Aux connectivity.

Safety is taken care of thanks to the integration of ABS brakes, front airbags, an immobiliser and alarm system, electronic brake force distribution (EBD) and emergency brake assist. In Acenta-specified models, the safety features are bolstered with the inclusion of curtain and front-side airbags as well.

Underneath the Kicks’ bonnet is a more powerful version of Nissan’s well-known HR16DE engine. This 1.6 litre petrol engine delivers maximum power of 118 (hp), as opposed to 84 kW in standard guise, as well as 149 Nm of torque. The engine features a redesigned manifold, which allows for a lower, more aerodynamic hood, and it is the most powerful normally aspirated engine in the segment.

The power is delivered to the front wheels through a five-speed manual transmission with a D – Step shift logic in the Base grade Kicks and an infinitely variable Xtronic CVT transmission in the Acenta grade.

Welcome to the Nissan V-platform

The Kicks rides on Nissan’s new V Platform, which is a very lightweight, but sturdy platform with a perfect balance between ride and handling performance.

The platform allows for a front suspension and is fully independent and capable of being fitted with the larger 16” and 17” wheels that are fitted on the Kicks. Nissan engineers have also added an additional rigid subframe that increases structural rigidity by 300% for improved ride and handling characteristics, and lower body roll.

Nissan has also paid special attention to the vehicle’s noise and harshness levels, in line with the goal of making a ride in the Kicks as comfortable and fuss-free as possible. This has led to the inclusion of extra insulation material in the dashboard, thicker carpets, improved seals around all the doors and the addition of thicker suspension assemblies, which do not transfer as many vibrations into the cabin.

“The attention to detail, which has been invested in the powertrain, chassis systems and platform, is evident in this compact crossover which, thanks to its lightweight architecture and advanced aerodynamics, will deliver segment-leading efficiency, as well as refinement from a class above and the agility of a sporty sedan,” says Keno Kato, Corporate Vice President, Product Planning, Nissan Motor Co., Ltd. “We believe the Nissan Kicks will lead the market in terms of driving quality, refinement and efficiency and will live up to its promise to Intensify your Ride.”

The Kicks will soon be available in over 80 countries across the globe.