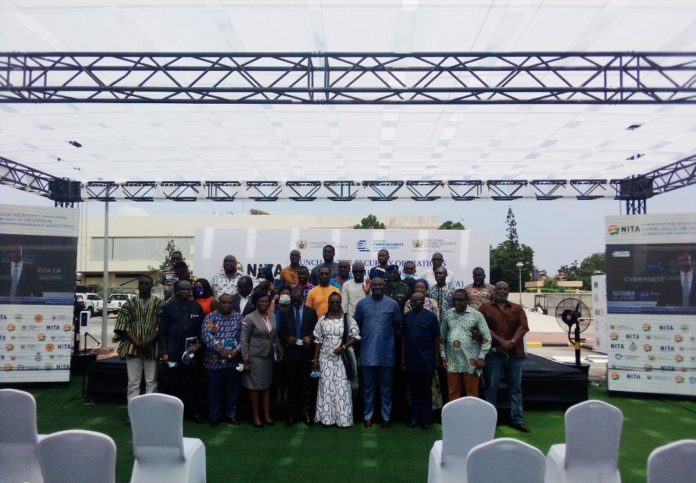 The Centre would serve as a command hub of highly skilled and talented ethical hackers and security analysts operating with defined processes and supported by integrated security intelligence technologies with focus on cyber threats, monitoring, forensic investigations, incident management, reporting, escalation and close with proper justification and root cause of events and incidents.

She said analysis by the National CERT, malware-based revealed attacks form a great proportion of all cybersecurity incidents were reported by (MDAs).

“As we continue to digitalize, we need to take our cyber security seriously,” she said.
The Minister said one key benefit of NITA’s SOC would be improved security incident detection among MDAs to ensure a secured digital space within which MDAs can operate and interact.

Additionally she said the SOC would also offer services including; network monitoring aimed at consistently monitoring the network of the MDAs in real time and be instantly apprised of threats as they occur.

“With advanced analytical and correlation technology to recognize threats, the SOC will aid in the identification of patterns and prioritization of problems for optimized resource and threat management”.

She said the NITA-SOC would not operate in a silo, but collaboration with the entire CERT ecosystem led by the National CERT under the direction of NCSC.

She said Government continued to intensify efforts necessary for the security of the Nation’s digital space; “I urge us as citizens to act responsibly when exploring the various opportunities available on the internet”.

Dr Albert Antwi- Boasiako, National Cybersecurity Advisor said the interventions were critical for the effective operationalisation of the Cybercrime and Cybersecurity Incident Reporting Points of Contact (PoC) launched by the Minister for Communications exactly a year ago.

He said between January and August of this year alone, more than 5,000 residents made contact with the National Cyber Security Centre (NCSC), through the National CERT, for guidance and advice in addressing cybersecurity issues of which most of them involved online fraud.

“Thus, the work of the National CERT through the PoC has potentially spared more than 5,000 Ghanaians from being defrauded,” he said.

Mr Richard Okyere-Ofosu, Director General, NITA expressed the Agency’s gratitude to the Ministry of Communication, World Bank, GDS Ghana, NITA Board and stakeholders for their contributions towards the establishment of the Centre.
He said the Centre would ensure a safer digital space for both public and private institutions.