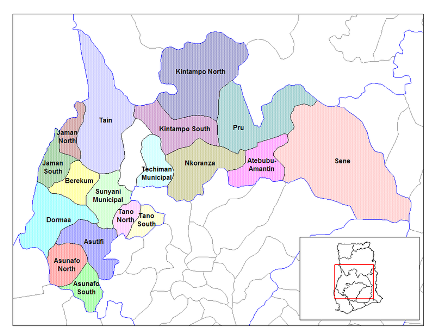 This came to light at a day’s forum organised by the Women Integrated Development Organisation (WIDO), a local socio-economic advocacy non-governmental organisation (NGO) in collaboration with Care International, a leading humanitarian NGO fighting global poverty for more than 60 stakeholders in the Municipality. 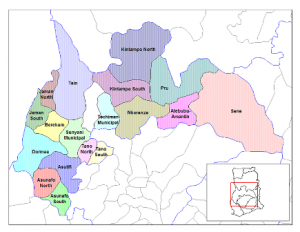 The forum forming part of the United States Agency for International Development (USAID) funding programme dubbed: Strengthening Accountability Mechanisms (GHSAM) Project among others discussed the findings of the GAS performance audit of the Assembly’s capital projects awarded during the period under review.

The GHSAM Project has mandated the GAS to conduct performance audits on capital projects initiated by the Metropolitan, Municipal and District Assemblies (MMDAs) to ascertain whether the Assemblies awarded contracts through tender boards or committees based stipulated guidelines.

Mr Adu Sarkodie Gyekye of the GHSAM Project who addressed the participants expressed concern about the improper planning and implementation of some development projects by the MMDAs, saying it has resulted in the wasting of the country’s financial resources.

Mr Gyekye said the Assemblies spent more than 70 per cent of their funds on capital projects but some of these projects were wasted since the beneficiary communities refused to utilise them due to their wrongful locations.

He added that other projects also did not meet standard specifications and were not completed for the utilisation by the people.

Mr Gyekye advised the MMDAs to consult the communities about their priorities and involve them in the planning and implementation of processes of development projects earmarked for them to avoid waste of funds.

Mr Kplorm Dovlo from the GAS headquarters, Accra said the performance audit was carried out on two “Number Three” classroom blocks sited at Grumakrom and Dotobaa in the Municipality.

He said the findings revealed the Assembly did not execute the projects according to the contract specifications.

Mr Dovlo cited the projects were advertised for biding in the dailies once instead of twice and added that some of the roofing boards and sheets did not meet the approved and recommended standard of materials specified in the contract document.

He expressed worry that the Assembly through its works department did not also supervise the projects well as the contractors were not regularly monitored to find out the quality and progress of work and that resulted to some defects on the buildings which had to be corrected before their handing over to the Assembly.

Mr Edward Fidiglo, the Municipal Coordinating Director said the Assembly would be organising “site meetings” with stakeholders in the communities about future development projects for their inputs to achieve value for money for development projects.

Dr Apagya Kwarfo, a lecturer at the Nkoranza Anglican University of Technology, who presided appealed to the leadership of WIDO to arrange some income generating ventures for the unemployed women in the Municipality to alleviate them of financial hardships to improve their livelihoods.

“Without the truth, citizens would not have decent livelihood” – Bishop

Zongo chief prays for leaders of the country