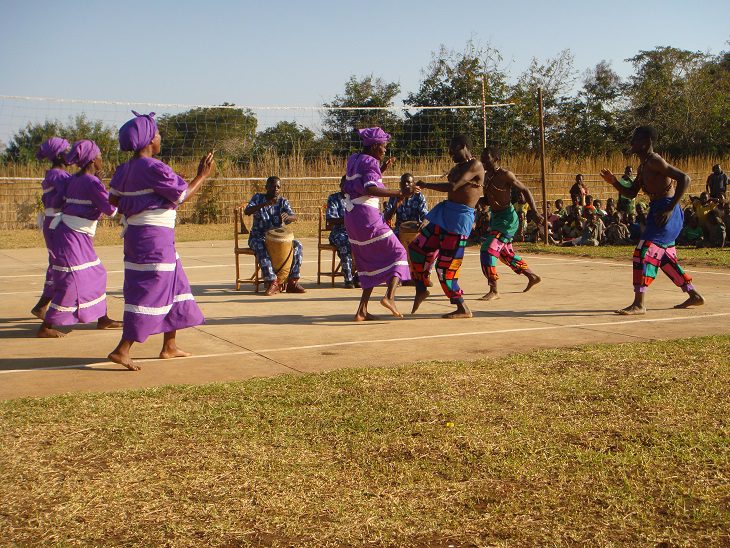 Nkusum Cultural Troupe, headed by Isaac Addo and Marina Osei had an opportunity to perform at Amasaman – a small town in the Ga West Municipal district in the Greater Accra Region of Ghana after 3 years of touring other parts of the country.According to a member of the group, Mr. Joseph Aboa, having trained for over three months for the cultural event in Amasaman, said they were sure to carry the day and they indeed did it. The performance also enabled the group to earn some income in support of their activities as each performer is paid.?It has been long we performed in the city, Accra. All along, we have been performing outside the region so when we decided to join the cultural and dance fever, we trained to give out our best to the people of Accra” Mr. Joseph Aboa stated.The cultural troupe members were very much excited – given the fact that it was the first time some of them were performing in Accra and even performed without any fee and to a large audience.The cultural and dance fever also offers show goers an opportunity to meet people from different backgrounds, hence creating a platform for interaction and exchanging of ideas and experiences. Diana Dankyi, who is also a leading member, told us that, the group is preparing for an international tour soon and will inform the media of their plans for the year when everything is sealed.